Adderall Addiction: Signs Someone Is Addicted To Adderall 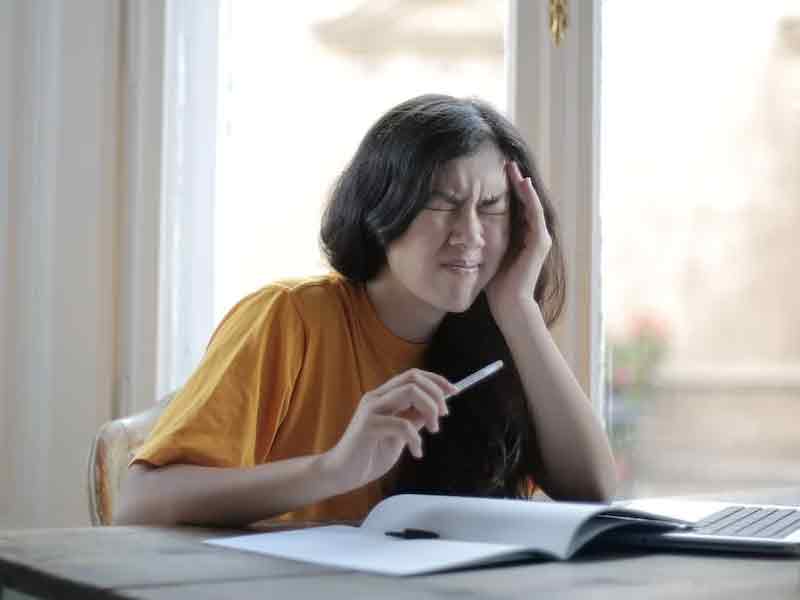 Adderall has become a popular drug and has also become more accessible. But does taking unprescribed doses of the potent stimulant place a person at risk of addiction to Adderall?

Could health problems arise from Adderall use, and are there risks of an overdose?

Adderall is a brand name given to a prescription medication that is composed of amphetamines and dextroamphetamines. As a stimulant medication, it increases a person’s ability to pay attention, focus, or control behavior by targeting the central nervous system.

Those who may have difficulty controlling impulses, focusing, or managing energy levels are sometimes diagnosed with attention deficit hyperactivity disorder (ADHD), and it is because dopamine is removed from their brain too rapidly.

Doctors prescribe the medication for treating those with attention deficit hyperactivity disorder as it has a stabilizing effect on dopamine levels in their brains. It is also used to treat narcolepsy, which is a condition that makes a person drowsy or suddenly fall asleep.

If someone without ADHD or narcolepsy takes Adderall, the drug will increase their central nervous system activity by increasing dopamine, and instead of stabilization, cause potent stimulation.

Misuse of Adderall and Other Prescription Stimulants

Young adults, young professionals, students, athletes, and people suffering from eating disorders often develop an Adderall addiction as they use it for other purposes. College students who try to study through the night have used it as a ‘study drug’ as they find it increases their productivity or ability to focus. Some people use it to feel alert or energetic, while others use it to lose weight or maintain low weight.

According to a 2020 study published by the National Institute on Drug Abuse (NIDA), 5.8% of people aged 12 and over in the United States misused prescription psychotherapeutic drugs within the last year. As one of the most commonly prescribed drugs in the United States, Adderall is also one of the most frequently misused prescription stimulants and is considered a Schedule II controlled substance. That places it in the same category as cocaine, with a high potential for abuse and addiction.

The Effects of Adderall 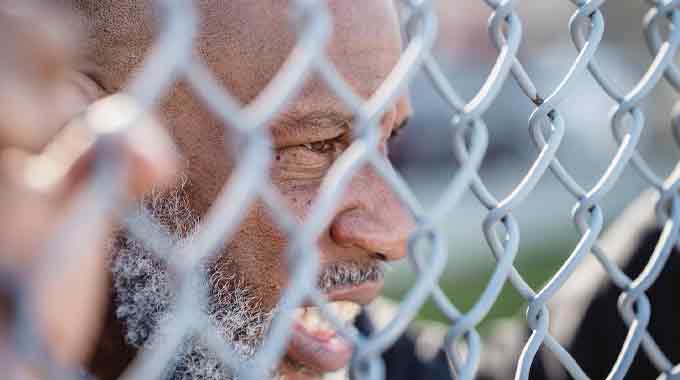 Adderall stays active in a person’s bloodstream for around four to six hours, while an extended-release capsule could last up to twelve hours.

The medication works by activating the brain’s reward center, as it boosts dopamine and norepinephrine. This leads to euphoria or a feeling of pleasure or happiness. But as with any drug, using it as directed for a long time can lead to tolerance and dependency.

A person will over time need more and more of the drug to feel the same effects, while any attempt to stop or reduce dosage will cause the onset of withdrawal symptoms. These symptoms can be painful or uncomfortable and will vary depending on the amount and dosage of Adderall taken. They occur due to the body and the brain adjusting to the absence of a substance on which it has become dependent.

From prescription stimulant abuse, an Adderall addiction can easily develop.

According to the Substance Abuse and Mental Health Services Administration (SAMHSA), the fastest-growing drug problem, above that of cocaine, heroin, or methamphetamines, is prescription drugs.

Many people believe that the drug is safe simply because it is prescribed by a doctor, or because it is suitable for children. But Adderall use can cause various effects on anyone and could cause a person to forget basic activities such as sleeping or eating. It is a strong stimulant and can lead to dangerous or potentially deadly side effects.

People who do not have a medical need for Adderall may obtain Adderall pills with the intent to use them for getting high. Usually, they crush Adderall pills and snort them, causing a faster delivery of the stimulant to the brain and also obtaining a more intense euphoric rush.

Snorting any drug causes damage to the nasal and sinus cavities. But another danger is that the longer a person continues to snort Adderall, the more damage is done as other side effects are amplified along with the euphoria. An irregular heartbeat, increased body temperature, and higher blood pressure, among many other side effects, could occur, and a person also has an increased risk of overdose when snorting Adderall.

Those misusing Adderall may also mix the pills with other drugs to intensify the high. Combining Adderall with other drugs is very dangerous, as it increases the risks of overdose or cardiac arrest. The best example is alcohol abuse. Severe alcohol intoxication can be completely masked by the alertness that Adderall produces, meaning that someone may not be aware of how much they have drunk at all. A person in this situation could more easily end up with alcohol poisoning.

Taking Adderall without a prescription or not as directed most often leads to addiction, and a person can easily cross from misusing Adderall to having an addiction without realizing it. The most severe effect of the non-medical use of Adderall is an overdose, which can cause a heart attack or stroke. It can also greatly impact a person’s mental health, promoting bipolarity and other psychotic disorders. 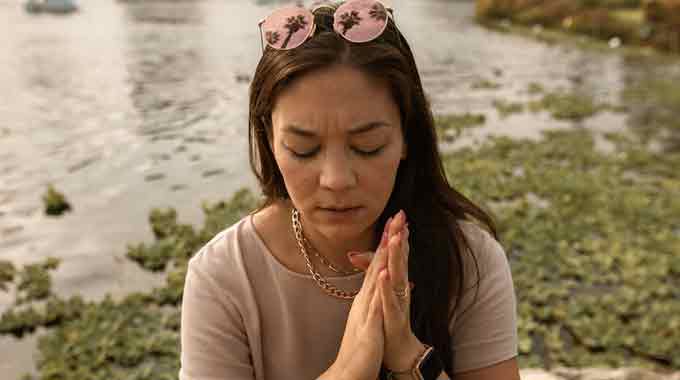 There are signs of Adderall abuse which show in physical, mental, or behavioral terms. Taking Adderall can make a person overly talkative or show unusual excitability. They may appear aggressive or impatient, experience incomplete thoughts or have memory loss. Secretive behavior, sleeping for long periods, or withdrawing from friends and family are other signs.

While Adderall misuse can lead to social isolation, it could also mean that when a person does interact with others, they feel more inclined to misuse Adderall or other drugs. Someone abusing Adderall may think about things more than usual and may worry, be nervous, or be anxious.

Other immediate symptoms of Adderall abuse include: 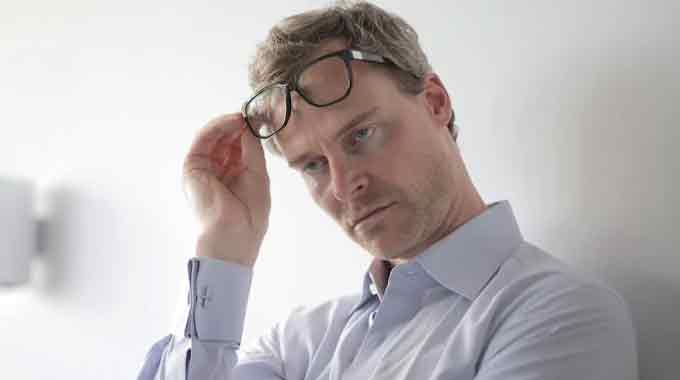 When Adderall is abused over a long period, mental and physical effects may last. Adderall misuse can easily lead to an Adderall addiction, which is a substance use disorder and can be very damaging without treatment.

Other severe lasting effects of Adderall abuse include:

The brain’s neurocircuitry is physically altered by Adderall. This can lead to the development of mental disorders, such as anxiety or depression. Those who have been addicted to or engaged in Adderall misuse for a long time may become suicidal, and that is why mental health services are needed to help a person who is suffering from addiction.

In severe cases, delusions and damage to the heart happen as a result of Adderall abuse. 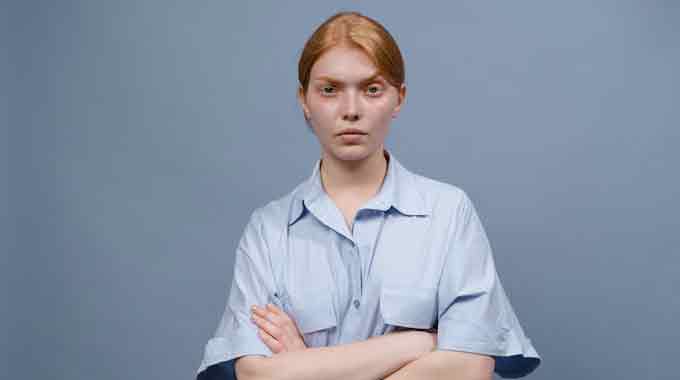 An Adderall addiction may occur as a result of the medication’s stimulant qualities. But it is important to identify the difference between Adderall dependency and addiction.

Adderall dependence usually occurs in people who have been prescribed the medication, especially when it is done so for the long term. A person may not abuse the medication, take larger quantities than what they are supposed to, or use it to get high, but still develop an Adderall dependency. This is natural because there is chemical interaction and the body responds physiologically to the drug.

Adding a psychological dependency on the drug might cause addiction. Here, a person may abuse the drug to obtain a high, to lose weight while suffering from an eating disorder, or as an ‘aid’ to their performance, and develop an addiction to Adderall. They may start with a prescription, and end up illegally obtaining more and more of the drug over time as they build up a tolerance to it.

Those suffering from an Adderal addiction are likely to be taking the stimulant medication in large doses. Taking more than the prescribed dose and doing so frequently can lead to more than a physical dependency on the drug for day-to-day function.

When an Adderall addiction has developed, detox and addiction treatment should be sought at treatment facilities.

Adderall addiction can present with subtle or more severe symptoms, and they can be mental and physical.

As with any substance abuse, the brain of a person who suffers from psychological or physical addiction is dependent on the substance and will need it to function normally. Someone who is addicted to Adderall may experience Adderall withdrawal when they do not have the medicine. The brain will have to readjust to the absence of the substance, and the body reacts by presenting uncomfortable or painful symptoms.

A person may have trouble sleeping, feel extremely tired, or be mentally foggy. In some cases, a person could have depression, which could lead to suicidal thoughts and attempts.

This is why attempting to stop an Adderall addiction is best done under medical supervision at treatment centers. In this way, medical and mental health professionals can make withdrawal symptoms manageable, as well as help a person overcome the other parts of addiction that remain after detox. 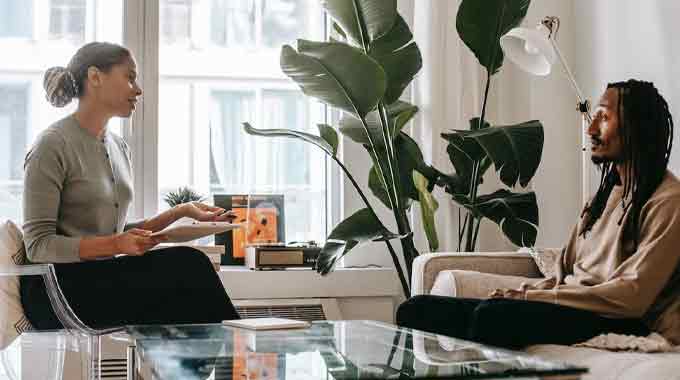 Attempting to overcome Adderall addiction alone not only triggers withdrawal symptoms that could cause a person to relapse but could also be difficult to manage or dangerous. As with most substance abuse, mental health professionals at a treatment facility provide a much better chance for recovery through addiction treatment.

A person with Adderall dependency may require only outpatient rehab, whereby they could undergo detox and attend certain therapies without staying in the treatment facility. Inpatient treatment plans are usually more applicable for anyone suffering from addiction to Adderall, whereby a person resides at a treatment facility as they recover. Compared to outpatient rehab, inpatient programs are more intense and provide a person with an environment that is sober, as well as different from the one they may have been using drugs.

As Adderall is a stimulant, the addiction treatment process for it will be similar to that of other stimulants. The exact duration and severity of the treatment will depend on how much of the drug someone has taken, and for how long. The longer a person misuses Adderall, the more intense their addiction and its treatment become.

Detox at treatment facilities means that medical staff is at hand 24/7, and any painful withdrawal symptoms will be managed. Mental health services are also available for any part of the recovery process.

After undergoing detox, whereby the substance and its toxins are removed from the body in a safe and supervised environment, a person will be ready to undergo further treatment for addiction.

This can include psychotherapy in the form of individual or cognitive behavioral therapy. Here, a person will self-analyze and discover the underlying reasons for starting an addiction. They also have a chance to identify triggers that may make them want to take Adderall again, and acquire tools and skills to respond to these triggers healthily instead of returning to drug use.

Other forms of therapy could include group therapy or support groups. This is a group setting, where others battling an addiction to Adderall or other drugs share their experiences. It is another way of preventing relapse, as it creates a peer community that strives for sobriety, and allows a person to understand that they are not alone in their struggles.

Some treatment centers include family therapy as part of the treatment program so that the unit can express their concerns and feelings and become a strong pillar of support for their loved one battling an addiction to Adderall.

Where Can I Find a Treatment Center?

We understand that addiction is personal and individual. That is why Alina Lodge can design a treatment plan tailored to your physical, mental, emotional, and social needs, so that you may have the best chance for long-term recovery.

Get in contact today to find out how Alina Lodge can help.