Dangers of Snorting and Smoking Kratom 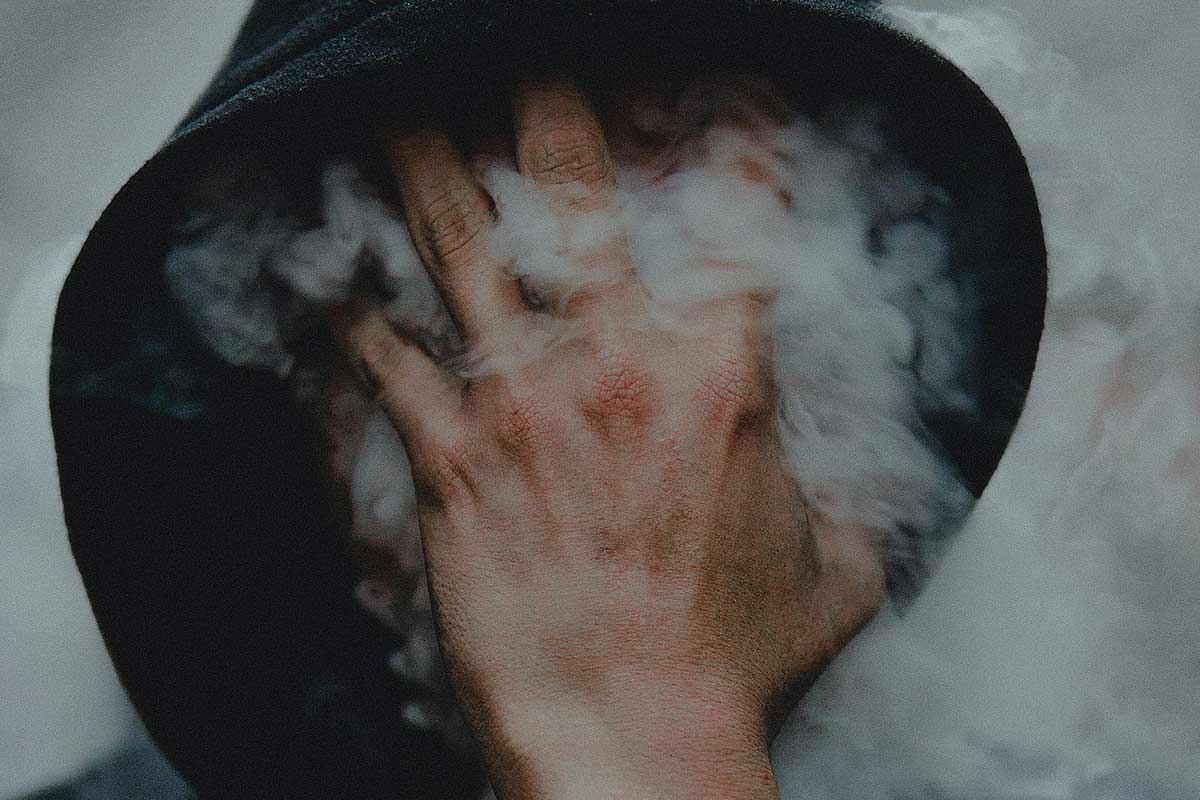 Kratom is a tropical tree whose leaves are used as a drug. It has a long history of use in Southeast Asia but more recently has started to be used in the US.

The effects of kratom are not very well studied, however kratom users report experiences of euphoria and pain relief. There is growing concern over the safety of Kratom as there has been an increase in hospital visits and deaths as a result of it.

Kratom tea is the most popular way of taking the drug in Southeast Asia, but in the US, you can also get kratom powder to smoke or snort.

Kratom, also known as Mitragyna speciosa is a tree of the coffee family native to Southeast Asia. There is a long history of using the leaves of the tree in traditional medicine. It has also been used by Thai and Malaysian workers to increase energy and stamina.

Effects of Kratom in the Brain

Kratom’s effects are dose-dependent. At low doses, it has stimulatory effects, while at high doses it has opioid-like sedative and euphoric effects.

There are more than twenty-five alkaloids responsible for these effects. The main one of these is mitragynine which makes up approximately 66% of the alkaloid content.

Mitragynine acts on opioid receptors in the central nervous system. It is also known to act on dopamine and serotonin receptors. The exact interactions with these receptors are not yet clear as it has not been studied widely.

Is Kratom a Controlled Substance?

Due to the effects of kratom not being studied much, kratom is not controlled under the Federal Controlled Substances Act. However, there are state regulations; for example, it is illegal in Wisconsin, Indiana, and Rhode Island.

Kratom has also been listed as a Drug and Chemical of Concern by the DEA and has not been approved for any medical use by the FDA.

In low doses, it is not thought that kratom has a high risk of causing strong dependency. However, one study showed that over half of more than two hundred regular kratom users had developed severe dependence problems and just under half showed moderate dependence.

Dependence is where the body and brain think that they cannot function normally without the drug. When you stop taking it, you experience withdrawal symptoms.

Kratom is taken in many different ways. It can be chewed as fresh kratom leaves, infused in water to make kratom tea, or ground into a powder which can be taken as an extract, in a pill, snorted, smoked, or mixed with fruit juice or yoghurt to reduce the bitter taste.

Snorting and smoking kratom exposes you to additional short-term and long-term damage such as damage to the nose, throat, and upper respiratory system. It is also thought that the excessive heat produced when smoking it might damage the effective alkaloids making it more difficult to know what dose you have taken. This can increase the risk of overdose as you are not sure how much you need to take.

Because there is a lot of cellulose and plant fiber even in kratom powder, you might need to snort more of the drug than expected to get high.

Like smoking other drugs or tobacco, smoking kratom causes increased risk of:

Kratom leaves have naturally high tar content so chemicals are released into your lungs when you smoke it.

Snorting and smoking kratom are the most dangerous ways of taking the drug. They cause long-term side effects in addition to the normal effects of kratom. It also is difficult to know what dose you have taken.

While snorting and smoking kratom have specific damaging effects, it is also important to understand the effects kratom has in general as these will also be present when you snort or smoke it.

Research on kratom is limited so some of the effects of kratom are based on anecdotal evidence. However, there have been studies that give evidence for the following effects.

Kratom’s effects vary based on the dose. At low doses, it has stimulant-like effects, whereas as high doses create opiate-like effects.

Hepatotoxicity is damage to the liver. There have been several case reports of this following kratom use.

There have been reports of seizures in people who took kratom. These were cases where it co-occurred with another substance abuse disorder such as alcohol or opioid addiction.

While some people think that kratom can be used to treat opioid withdrawal symptoms, there has been a case of this leading to death.

Effects of Mixing Kratom with Other Substances

It is also dangerous to mix kratom with ibuprofen as kratom’s analgesic effects can be potentiated with kratom use.

If you want to quit kratom, the first step is detox. Detox is when you stop taking kratom and allow the drug toxins to leave your body. The length of detox is generally defined by how long withdrawal symptoms last.

Withdrawal symptoms can be very unpleasant and occur when you have developed a dependency. Symptoms of kratom withdrawal are both physical and psychological.

If you suspect that you or a loved one has a substance use disorder, there are many places you can seek support, including our treatment center, Alina Lodge.

We understand that the causes for and recovery from addiction are different for everyone.

We offer a range of different support including:

We offer a residential treatment program where you stay on our campus from twenty-eight days up to two years.

If you are ready to reach out for support or would like further information please call us on 908 224 9099 or visit our website.

The Dangers of Mixing Alcohol and Heroin
June 30, 2022