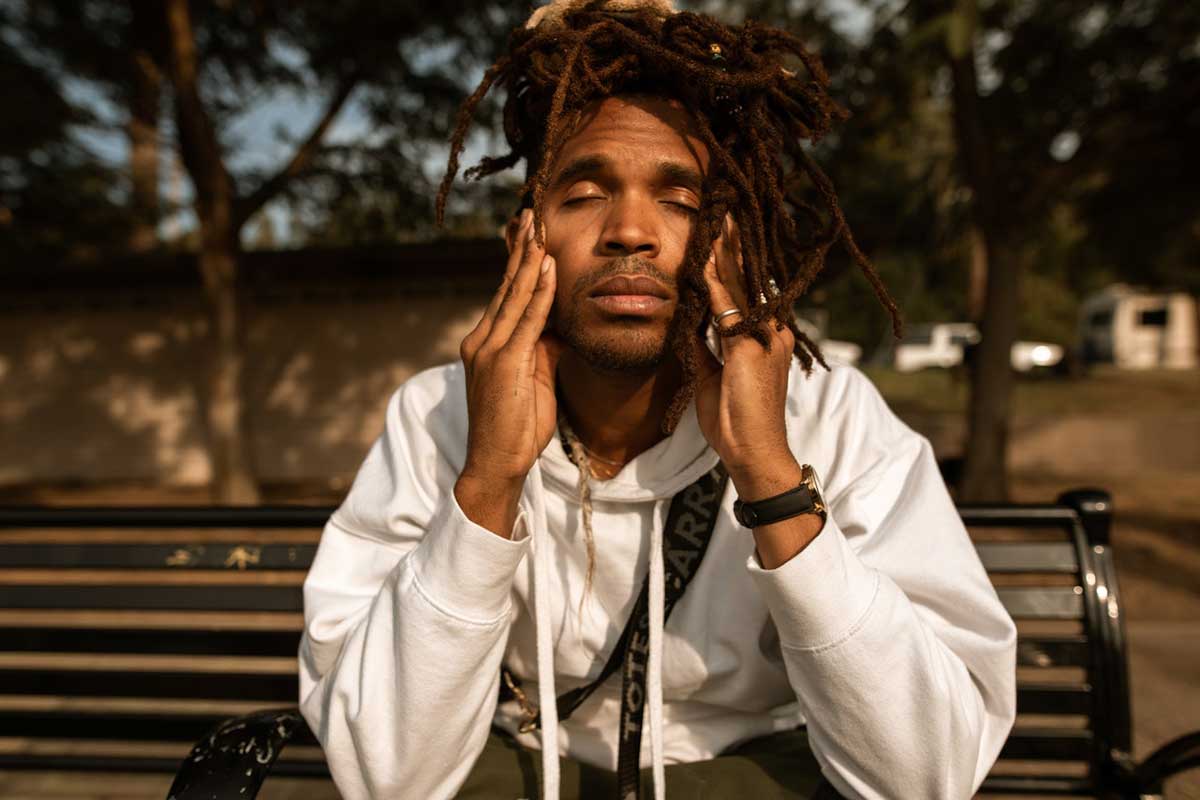 This article will discuss information surrounding snorting the dangerous and highly addictive substance that is crystal meth. This includes how it is taken, its short and long-term effects, meth addiction, overdosing, and withdrawing from the drug.

What is Crystal Meth?

Crystal meth is the solid form of the potent stimulant methamphetamine. The highly addictive drug also goes by meth, chalk, and ice, and crystal. The drug usually comes in an odorless, white, and bitter tasting powder, though is easily dissolved in water or alcohol to convert it to a liquid.

Meth is a controlled substance due to its potential for abuse and is listed in the Schedule II category of controlled substances by the U.S. Drug Enforcement Administration (DEA). However, pharmaceutical methamphetamine – branded as Desoxyn – can be used to successfully treat narcolepsy and attention deficit hyperactivity disorder (ADHD).

Besides prescribed meth, it is most common for people to obtain the drug through street dealers. Here, methamphetamine is produced in illicit laboratories using easily obtained ingredients. Some of which include:

Many of these substances contain toxins, alongside numerous dangerous additives that may be included in production. These toxicity risks combined the drug’s highly addictive nature leaves meth an incredibly dangerous substance to use.

How is Methamphetamine Taken?

Meth can be administered in several ways – snorting, smoking, or injecting intravenously. This article will focus on information surrounding snorting methamphetamine, though use of this drug in any form comes with a multitude of risks, such as:

The high concentration of extremely thin blood vessels in the nasal passageways facilitates the swift absorption of meth into the body when snorted. This allows the drug to take almost immediate effect, quickly entering the users bloodstream and brain where it will stimulate the release of excitatory neurotransmitters like dopamine and norepinephrine. This is unlike when a substance is ingested where it firstly needs to be processed by the digestive system and liver, prolonging the time between taking the drug and feeling its effects.

Many users believe snorting meth comes with fewer health risks than other methods: decreasing the risk of contracting diseases like hepatitis C compared to intravenous injection or respiratory damage compared to smoking the drug. This may also be because this method produces a milder high than others, leading people to believe they are less at risk of addiction and overdose.

In reality, research has shown that users who snort meth still experience these adverse effects and actually have a higher risk of developing an addiction or overdosing. This is due to this method’s milder rush, resulting in users snorting the drug in higher and more frequent amounts.

What are the Short-Term Effects of Snorting Meth?

Short-term effects of snorting meth are those the user experiences while abusing the substance. Stimulant drugs impact the central nervous system, so users experience an excitement in the regulation of certain body functions, such as; blood pressure, temperature, heart rate, and breathing. These almost immediate effects peak at one to fifteen minutes and generally last four to eight hours, including:

Immediate irritation of the nostrils, nasal passages, and throat can also be felt. Plus, there is a risk of choking when people snort meth and too much powder is taken in at once.

The euphoric, intense rush leaves users feeling as though they can do anything. But, the resulting ‘come down’ in the following hours leaves feelings of intense fatigue, depression, anxiousness, paranoia, and irritation. This extreme crash perpetrates a cycle of abuse and addiction, as users turn again to the drug to feel better.

Due to the potent nature and abuse cycle of methamphetamine, its short-term effects also include a high risk of seizures and sudden death.

What are the Long-Term Effects of Snorting Meth?

Snorting methamphetamine can cause a lot of damage to the sinus cavity. Over time, the sensitive nasal tissues become worn, resulting in inflammation, chronic bloody or runny noses, and sinus infections. Over an extended period of time a hole can even be worn into the septum.

Meth abuse also takes a toll on the overall respiratory system, as the sharp shards of the drug can cause cuts and irritation throughout. This leads to an increased risk of infections, a loss of sense of smell, and the ability to breathe out of affected nostrils.

It is common for long-term meth users to experience skin sores, normally caused by the condition known as meth mites. Here, the skin feels it has bugs underneath it, causing the person to scratch and resulting in subsequent skin damage. These wounds increase the risk of infection and contracting a disease.

Meth is an addictive, dangerous, and damaging substance. According to NIDA, methamphetamine is a significant drug of abuse, with 1.5 million Americans having an methamphetamine use disorder during 2020.

The immediate euphoric effects of meth hugely increase the risk of dependence and the harsh chemicals it contains can cause serious damage to the body. Plus, the brain quickly adapts to the feelings and effects brought about by the drug, spurring on mental reliance and addiction.

The most severe effects are felt by those who binge on the drug and introduce another dose into their body before the last has worn off. This behavior commonly leads to tweaking, which results in:

An overdose of methamphetamine occurs due to a large quantity of the drug entering the body suddenly and reaching toxic levels. This can commonly occur with any method of administration due to its short-lived euphoric period and the following devastating ‘come down’.

In 2020, the CDC recorded approximately 23,837 people dying from an overdose involving psychostimulants other than cocaine (primarily methamphetamine).

The National Institute on Drug Abuse (NIDA) states that methamphetamine overdoses are best handled by a team of healthcare professionals. If you suspect someone is having a methamphetamine overdose, seek out emergency medical attention immediately by calling 911. Though keep in mind if the person overdosing is having a seizure, protect their head to stop any damage to it and tilt it to the side to prevent choking.

What are the Symptoms of a Methamphetamine Overdose?

Knowing the warning signs of a meth overdose can help save someone’s life – the quicker the person receives treatment their higher chance of survival. The signs to look out for include:

Long-Term impact of a Methamphetamine Overdose

An overdose on methamphetamine can result in serious organ damage and long-term effects, including:

While meth withdrawal symptoms are not life-threatening, they can be uncomfortable enough to perpetrate the cycle of substance abuse over and over. People commonly feel intense cravings for the substance, with symptoms occurring around twenty-four hours after their last use. These include:

Methamphetamine withdrawal is not necessarily harmful, unless the person adjusting takes part in destructive and dangerous behavior – such as self-harm or harm of others – due to the extremely intense symptoms.

Relapse while someone is going through withdrawals is particularly dangerous. As the drug is removing itself from the person’s system, their tolerance rapidly decreases. If the individual attempts to consume the same amount of substance as at the peak of their addiction, an overdose is likely.

Due to these reasons, it is important to seek professional treatment for anyone who is withdrawing from meth.

Medically supervised drug detox programs allow individuals to safely withdraw from methamphetamine before a long-term recovery program is put into place. This is an important first step, as only once immediate withdrawals have been largely overcome, the person’s mind is receptive enough for further treatment.

Addiction treatment facilities offer around the clock medical monitoring, ensuring the individual’s vital bodily functions remain at safe levels – such as heart rate, blood pressure, and body temperature. Plus, treatment centers can prescribe medication to alleviate the pain of withdrawal.

Most people going through meth withdrawals will be severely malnourished and dehydrated due to the accompanying side effects of meth abuse. The detoxification process also ensures inpatients receive treatment to replenish their bodily fluid and nutrition levels, restoring their immediate physical health.

Due to the potent and addictive nature of methamphetamine, relapse is very common – especially for those who do not have a strong personal support system.

This is why comprehensive, inpatient addiction treatment programs are recommended to aid long-term recovery. Here, individuals will lodge in rehab centers and be given access to a; high level of medical care, mental health support, and the best evidence-based therapies and treatments.

Some examples of available treatments are cognitive behavioral therapy (CBT) and contingency management therapy. Studies have shown these to be highly effective in treating substance abuse disorders and preventing relapse. They work through behavior modification and gaining insight into what led up to their addiction.

Personal recovery depends from individual to individual, though medical reviewers have shown that people who enter treatment for over 90 days have a reduced rate of relapse and are more likely to reach their long-term recovery goals.