How Long Does Acid Stay In Your System? 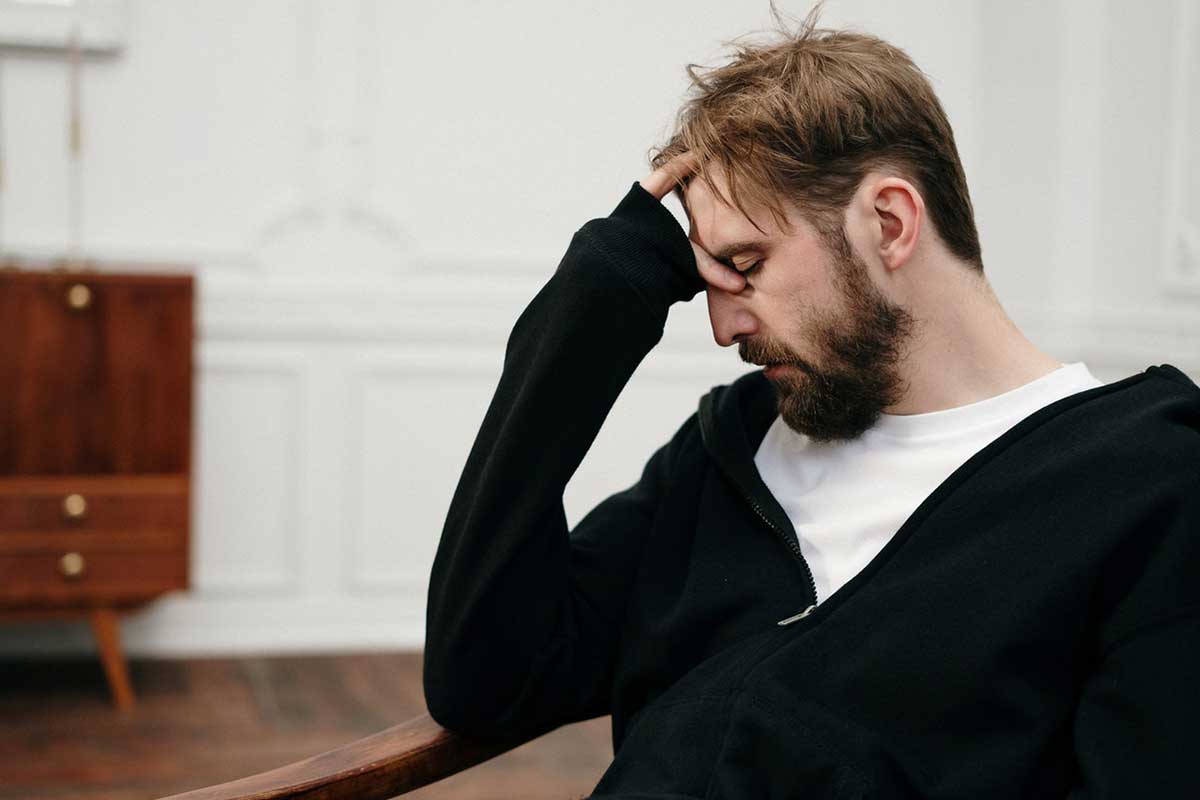 Acid, also known as lysergic acid diethylamide, is a common hallucinogenic drug touted for its ‘tripping’ effects. Though many medical professionals dismiss the idea of an ‘LSD addiction’, long-term LSD use can have harmful consequences on your health and mental well-being.

In this blog, we’ll be taking a closer at LSD and its effects, as well as its half-life and absorption rate.

Lysergic acid diethylamide, also known as LSD, is a hallucinogenic and recreational drug touted for its ‘psychedelic’ side effects. It’s most commonly taken in the form of tablets, though it can also be injected or snorted.

Seen as one of the least addictive drugs, LSD may not cause an addiction to develop, but its trippy effects can have a lasting impact on your physical and mental health. The real danger lies in what is actually mixed with LSD. In some cases, LSD isn’t pure and is mixed with synthetic chemicals such as NBOMe or drugs belonging to the 2C family (new psychoactive substances). Taking too much LSD in combination with these substances can be incredibly dangerous – in some cases, even fatal.

Though LSD is not considered to be an addictive drug, many long-term users eventually develop a psychological dependence on it. Those who have been taking acid over a long period of time will also build up a tolerance to the drug, leading many to up their dosage in order to achieve the same desired effect. This is dangerous, especially since LSD is highly unpredictable when it comes to dosages and the kinds of side effects produced.

As mentioned previously, the real danger with LSD exists when a person is suffering from substance abuse of another drug or mixing psychoactive substances together.

It’s important to remember that taking LSD is a completely unique experience – no two ‘trips’ will be the same. What one person experiences will likely be different from what another person experiences. Despite this, there are a few common side-effects including:

While LSD is often touted for its positive and psychedelic side-effects, there are cases when you may experience what’s known as a ‘bad trip’. This can cause you to develop frightening and unnerving hallucinations and delusions, affecting your ability to make decisions and act rationally.

What Are the Risks of Using LSD?

Though LSD use is not considered a form of drug abuse, long-term acid intake can have harmful consequences on both your physical and mental health. As well as developing a psychological dependence on the drug, a bad trip can impair your ability to think and act rationally – having the potential to push you to do things that you wouldn’t usually do.

Once an LSD trip has finished, you may also experience a ‘low’, which is your body’s reaction to coming off the drug. This can result in increased bouts of anxiety and depression, as well as flashbacks that continue days or months after the initial trip.

While lysergic acid diethylamide doesn’t produce any withdrawal symptoms once you stop taking it, it might be difficult for you to come back to ‘reality’ without the psychedelic effects of LSD to back you up.

For those with underlying mental health conditions or genetic predispositions to psychosis, hallucinogenic drugs like LSD can also increase your chance of going into drug-induced psychosis. This is why it’s always important to check your medical history before taking any substances.

How Long Does It Take for LSD To Take Effect?

Depending on how you’ve administered the drug, LSD can take effect anywhere between 20 to 90 minutes. Once it’s been metabolized and absorbed by the gastrointestinal system, it will start to travel from your bloodstream to your brain. This is when side effects start to kick in, with peak effects occurring within the first hour of a ‘trip’.

How long LSD actually takes to take effect will also depend on a few factors, such as:

How Long Does LSD Stay in Your Body?

How long LSD stays in your system will depend on the four factors listed above (age, weight, metabolism, and how much acid you’ve taken), but it generally has a fairly short half-life, with effects lasting anywhere between six to fifteen hours after the initial trip. In some cases, you may experience what’s known as an ‘afterglow’, which lasts another six hours after the initial come-down.

All in all, it will take about 24 hours for LSD to be flushed from your system and for your body to return to normal.

How Traceable is LSD in a Drug Test?

Compared to other drugs, it’s a lot more difficult for drug screenings to actually detect LSD in the body. This is because acid is broken down by the liver quickly and metabolized, flushing out of the system anywhere between 24 to 48 hours after the initial trip.

How long it lingers in the system – and is actually detected – will depend on the kind of drug tests taken. The most popular drug tests include urine samples, hair samples, blood tests, and liquid-liquid extraction tests (specialized lab tests designed to detect trace amounts of LSD metabolites).

Let’s take a closer look at each of the drug tests and how quickly they can detect LSD.

Blood Test: How Long does LSD Stay in Your Blood

Blood tests can detect LSD anywhere between eight to 16 hours after the initial dosage. Typically, half a dosage will take around half the amount of time to linger in your system before being flushed out.

Urine Test: How Long Does LSD Stay in Your Urine

LSD molecules are broken down and metabolized by the liver, turning them into LSD metabolites. These metabolites are then taken and flushed out of the body via the urinary tract.

Typically, urine tests can detect LSD anywhere between two to five days after the initial consumption. Urine samples tend to contain higher trace amounts of LSD than blood, salvia, or hair samples as the broken-down pieces (metabolites) linger within your system for a long time compared to LSD’s actual half-life.

Hair Test: How Long Does LSD Stay in Your Hair

Hair tests can detect LSD up to 90 days after the initial consumption – much longer than any other drug test. The growth rate and hair shaft position can even be analyzed to find out when LSD was actually taken, making hair samples, in particular, a unique LSD detection technique.

Despite this, hair samples are not commonly used to test for LSD because the trace amounts of acid actually found in the hair are very few – making these kinds of tests inaccurate and unreliable.

Swab Test: How Long Does LSD Stay in Your Saliva

Swab tests, also known as salvia tests, are not commonly used to detect trace amounts of LSD – instead being used for more common drugs like meth, cocaine, or weed.

However, if a swab test is used, detection time will be similar to that of a blood test – approximately 8 to 16 hours after the first administration.

Factors that Influence the Detectability of Acid

The amount of time that LSD stays in your system can also be determined by a range of different factors – all affecting the LSD detection rates of drug tests. These factors are similar to that of other drugs too, and though everyone will have a different experience, the most common influencing factors include:

Those who are healthier – i.e., with faster metabolisms, healthy body weight, and healthy liver function – will generally only have LSD within their system for a short time. Younger drug users are also more likely to metabolize drugs faster than their older counterparts, meaning LSD is flushed out of the system much more quickly.

Though dosage amount does matter, it’s less of a problem for LSD users. Since LSD is not addiction-forming, users will usually not require high doses in order to achieve the same effect.

How To Flush LSD Out of Your System

Though acid is flushed out of your system fairly quickly – especially compared to most drugs – there are a few things you can do that may help to speed up the process. These include:

Though LSD isn’t considered to be an addiction, there may be cases when an individual is abusing LSD alongside other substances. In these cases, addiction treatment will be needed to ensure a complete recovery. There are typically four main stages to addiction treatment: medical evaluation, detox, withdrawal, and aftercare. Let’s take a closer look at what you can expect out of a typical addiction treatment facility.

During this second stage of treatment, all of the LSD will be removed from your system. You will begin to experience the beginning of withdrawal symptoms.

Withdrawal means that your body is being cleansed of all of the LSD. It is going to be uncomfortable, but that should indicate to you your body is responding and working to become normal once again. You will probably receive medications to help you through this process.

You won’t be abandoned after you finish withdrawal. Your healthcare provider will make sure that you have 24/7 support to help you into normal life once again.

Here at Alina Lodge, we don’t specifically treat LSD addiction. Since it’s not medically classified as an addiction, our treatment resources are more focused on other types of addiction (ie., cocaine, heroin, solvents). If, however, you’re suffering from a co-occurring mental health disorder, our treatment can be geared to hone in on both your addiction and your mental health – healing you from the inside out.

We know just how daunting it is to enter yourself into rehab, but seeking treatment is a great first step in the right direction. Armed with the right support, care, and professional medical advice, anyone can go on to achieve long-term recovery from substance abuse and any co-occurring disorders.

Get in touch with our care team today, and they will be more than happy to answer any questions you might have or walk you through the admissions process.