How Long Does Ativan Stay in Your System?

Ativan is the brand name for the prescription drug lorazepam, which is a central nervous system depressant most commonly used to treat anxiety. It belongs to the family of drugs known as benzodiazepines, which have been long known for their common history of abuse and serious side effects. For this reason, it can be useful to know how long it stays in your body, its effects, and which drug testing methods can be used to detect it.

Why Ativan Is Used To Treat Anxiety Disorders

Benzodiazepines, also known as “benzos”, are a type of psychoactive drugs that are classed as central nervous system depressants. Ativan has a generally calming effect on a person, as it slows down the rate at which nervous receptors transmit messages to each other. This is why it is useful in treating panic disorders. Ativan can be prescribed to effectively deal with a number of conditions including, but not limited to:

We can see that Ativan can be useful in a variety of contexts. Its application in reducing uncomfortable withdrawal symptoms related to alcohol abuse shows its potential as a treatment option when administered by licensed medical professionals. Despite this fact, it should be kept in mind that when this drug is abused (usually by younger people looking for an illicit high) the risks can be high. When consumed in large amounts, just as with other benzodiazepines, overdose becomes a very real possibility. Even if this consumption threshold is not reached there are myriad side effects that can start to emerge as a result of prolonged use, such as:

Ativan exemplifies the saying that there can be “too much of a good thing”. Heavy use over extended periods will end up counteracting its initially beneficial effects and eventually reversing them.

Considering the high capacity for addiction that this drug can create, individuals who find themselves locked into cycles of Ativan abuse will find themselves at risk of such side effects. If these individuals additionally suffer from a mental health disorder such as depression, the risk of adverse effects is even higher. Eventually, this cycle of abuse can lead to Ativan overdose which can manifest physically as:

The physical ramifications of Ativan use should not be underestimated by those who consume it. It has been long known that Ativan use can have negative effects on your liver, consequences which while reversible have been thoroughly researched and found to be potentially life-threatening. This is largely due to the fact that benzodiazepines are metabolized within the liver. This is also the reason that consuming alcohol is strictly discouraged, as it will exacerbate this liver impairment and increase the likelihood of experiencing serious side effects. 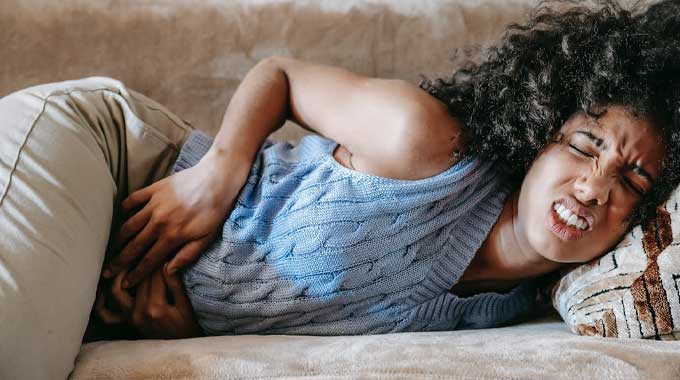 How Does Ativan Addiction Start?

As with most benzodiazepines, Ativan is a substance with an extremely high risk of addiction. This risk is present despite whether Ativan is taken as one of many legitimate treatment options, or whether it is abused recreationally. Taking Ativan means that the possibility of becoming addicted is always present. It is a Schedule IV controlled substance partly due to the likelihood of it causing psychological and physical dependence.

This likelihood of physical dependence is exacerbated if its use is not managed under strict supervision and within the limits of professional medical advice. Any use outside of this scope is very likely to create an unhealthy pattern of behavior that would eventually require some form of addiction treatment. Even when consumed under the guidance of a medical professional the recommended duration of treatment only extends up to a month.

The chances of becoming addicted are also dependent on several factors, such as whether you have a genetic predisposition, whether or not you are abusing other drugs such as alcohol, or whether you suffer from a mental disorder. Regardless of how it comes about, facing Ativan addiction can be an unpleasant process. You may find yourself seemingly trapped in a lifestyle wherein Ativan becomes the most important part of your day. As a result, you may start to experience:

Aside from these very real problems, people who face Ativan addiction will find that their habits start to revolve around the drug and will find their personal lives consumed by the need to maintain their habit.

These issues are only the tip of the iceberg when we discuss addiction problems concerning Ativan use. The physical and psychological deterioration that prolonged use can create, even when compared with other substances, cannot be underestimated.

Along with Ativan’s high propensity for creating addiction, there is also the issue that it is tolerance-forming. That is to say, prolonged use will create a tolerance to the drug in your body, thereby requiring increasingly larger doses in order to attain its initial effects. This makes overdose more likely in the long run.

In the long term, taking Ativan is an unsustainable habit. Due to its debilitating effects on your body, as well as its high risk for a potentially fatal overdose, everyone will at some point be faced with the reality that they must quit. However, this is not as simple as it may seem.

Ativan, as with other benzodiazepines, has the capacity to create extremely unpleasant withdrawal symptoms. Unlike other prescription drugs, this withdrawal period requires treatment and supervision in order to be managed properly and to reduce the risk for the individual.

It should be kept in mind that while these withdrawal symptoms can be a deterrent in stopping Ativan use, with the correct addiction treatment these symptoms can be properly managed. Ativan detox is a complex process, but with the correct addiction treatment, it can be made easier. It is for this reason that we always recommend treatment when managing withdrawal from benzodiazepines such as Ativan. So if you find yourself in a position of asking yourself whether you really need treatment, the answer is that usually you do. 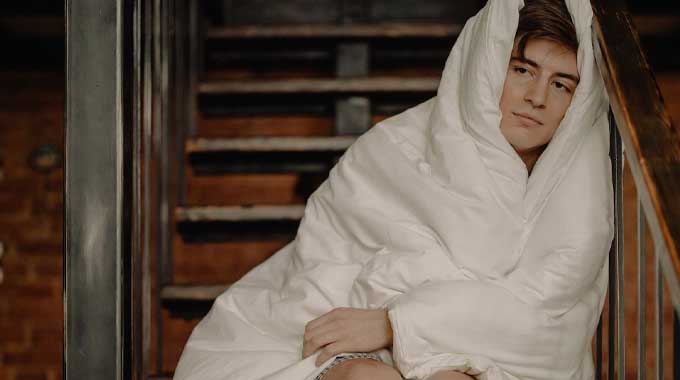 When drawn into a cycle of drug abuse, it is always possible that a person would be in need of a drug test, such as when requested by an employer. When faced with this, in a moment of panic, you might immediately ask: “How long does Ativan stay in your system?”, considering the implications of ingesting a Schedule IV drug. The truth is that the duration of time that Ativan is detectable within a person’s system is completely dependent on what drug screening method is used.

Unlike other benzodiazepines such as Valium, which are extremely fast-acting, Ativan can take up to thirty minutes in order to take effect, reaching peak effects within about two hours. It should be noted that this timeline can be affected by a number of individual factors.

Likewise, the duration of time that Ativan can stay in your system is dependent on both individual qualities (including biological factors) as well as its chemical half-life. Therefore, Ativan clearance is a complex process. Below, we discuss each significant factor.

As we get older, our bodily processes become less efficient. A slower metabolism is one of the eventualities of the aging process. Decreased organ function and lower blood flow are also to be expected. Together, this means that the older you are the more time it takes for your body to fully eliminate the Ativan in your system.

It has been shown in research that being overweight means that it takes longer for your body to eliminate benzodiazepines such as Ativan. This is because being overweight extends the half-life of Ativan. it is also because benzos become stored in adipose tissue (fat), which means that it slowly becomes released into the bloodstream over a longer duration.

We have already discussed that Ativan is metabolized by the liver. However, it is the kidneys that are responsible for excreting it. If kidney function is somehow impaired (either by disease or personal habits), then Ativan will take longer to leave your body.

Dosage and Frequency of Use

The longer you have been taking Ativan, the more likely it is that drug tests can detect Ativan over a longer time period. Likewise, higher doses create this same outcome.

Whether Additional Substances Are Being Used Simultaneously

As we have previously mentioned, substances such as alcohol create a higher risk of serious side effects when it is mixed with Ativan. This is due to the undue stress that they place on your liver. However, short-term alcohol consumption also has the capacity to slow down your metabolic elimination of Ativan. Ativan clearance rates are also dependent on whether you are also using a few prescription drugs for unrelated issues such as Asthma. 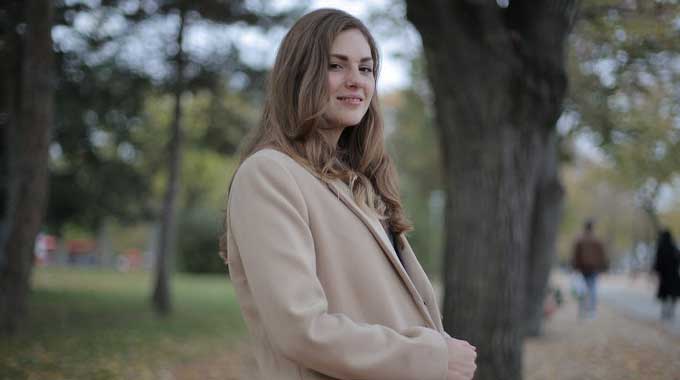 Half Life of Ativan

The half-life of a substance is a measure of how much time is necessary in order for your body to eliminate half of it from your bloodstream. Therefore, a higher half-life would indicate a longer-lasting presence in your body. The half-life of Ativan has been recorded as being, on average, around twelve hours. Depending on individual factors, this means that it could take up to a week in order for it to be fully gone from your system. However, its detectability is fully dependent on the type of drug test you undergo.

What Drug Tests Can Be Used To Detect Ativan?

There are a number of tests that can be used to detect the presence of Ativan in your system, each with its own level of accuracy. Therefore, different tests can have longer detection times after the last dose than others.

Urine tests are the most commonly used in order to detect benzos. Depending on individual factors, urine screening tests can detect Ativan in your system up to six days after the last use. It should be kept in mind, however, that unlike some other substances there is a chance of a false positive urine test when Ativan is combined with other drugs.

Blood tests are another way in which Ativan can be screened for, although the method is obviously more invasive. If using a blood test, a positive result can be expected if the last dose was taken in the last three days.

Saliva tests are less reliable over a longer window of time than other drug tests, and can usually only detect Ativan within an eight-hour window since the last dose.

The final method that can be used is by testing hair samples. However, in regards to Ativan, hair testing has proved to be an ineffective testing method, usually only showing up in very low concentrations (if at all). Therefore, hair tests should not be administered in usual circumstances.

Therefore we can see that the question: “How long does Ativan stay in your system?” varies wildly based on your individual characteristics, habits, and which drug testing method you undergo. 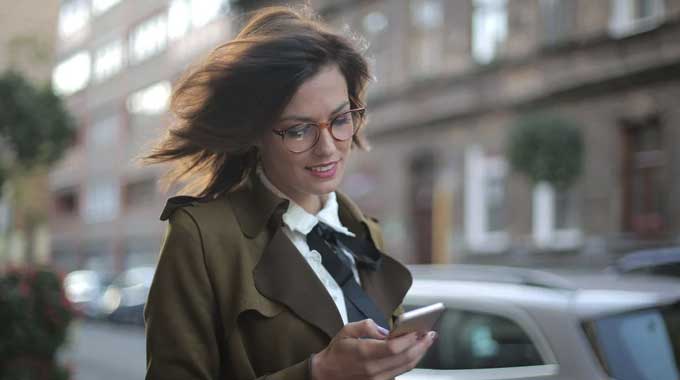 Regardless of your reasons for taking Ativan, long-term use can always be risky. We understand that addiction is a disease and, like any disease, it requires proper treatment and empathy. Once Ativan dependence takes hold, it can be very difficult to shake it off by yourself, and not without suffering undue discomfort.

At Alina Lodge, we pride ourselves on our customized inpatient treatment plans for many forms of substance use disorders. We understand that in order to heal, you need help that truly takes notice of your own individual needs.

If you, or those around you, need help recovering from the addiction and physical dependence that a benzodiazepine drug such as Ativan creates, then look no further than Alina Lodge. We can help you deal with the uncomfortable effects of Ativan withdrawal in an efficient and compassionate way. We are just one phone call away. Don’t wait, get in touch.

The Types of Personality Disorders
October 16, 2021

How Stress Can Impact Addiction
September 6, 2021