How Long Does Ketamine Stay in Your System 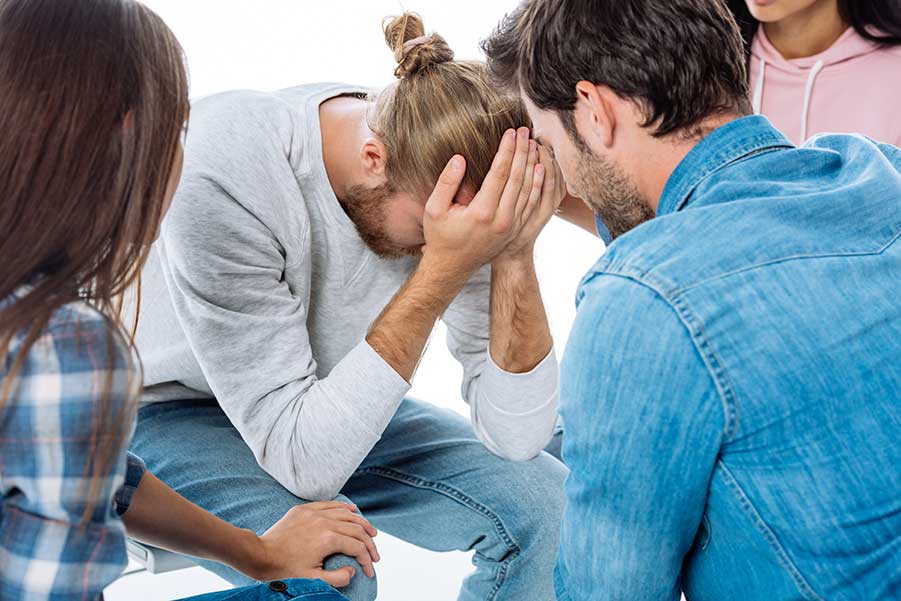 Ketamine is a medicine used primarily as an anesthetic. It is also used recreationally for its dissociative effects. As with many dissociative drugs, they can react with other drugs or have side effects. This leads many people to wonder, how long does ketamine stay in your system?

What Exactly Is Ketamine?

Ketamine (ketamine hydrochloride) is a powerful dissociative anesthetic used commonly for short-term medical procedures. It is cleared for medical use on humans and animals, although it is illegal to take it recreationally. As a dissociative anesthetic, it does not knock patients out. Instead, it renders the person ‘detached’ from their pain.

It is produced in a liquid form most of the time, although it is also available as a powder. Common street names for the drug include ‘special k’, ‘ket’, or just ‘k’. When purchased illicitly, it usually comes in the form of a white or light brown powder.

What Are the Effects of Ketamine?

Ketamine use produces a trance-like state with sedative effects. Recreational users often report feeling dreamy and relaxed, Taking ketamine can also lead to warped perceptions of space and time and even hallucinations.

Ketamine also produces short-term pain relief when administered correctly. It differs from many other anesthetics in that it also increases blood pressure and widens the airways. This makes it a valuable tool for surgeons and anesthetists. In these circumstances, trained professionals tailor the dose based on many factors, such as the patient’s body mass.

Ketamine has many medical uses. From surgery to mental health, here are some of the ways it can be safely used:

How Does It Work?

Ketamine works by inhibiting the actions of N-methyl-D-aspartate (NMDA) in the brain. This produces an analgesic and amnesiac effect and is responsible for the majority of ketamine’s effects. On top of this, ketamine can also disrupt the function of glutamate. Glutamate is a neurotransmitter that aids in the recognition of pain. Glutamate also helps facilitate memory and learning and is also involved with the creation of GABA in the body.

Ketamine abuse is associated with a number of side effects. In the short-term, ketamine abuse can have a negative impact on mental and behavioral health. Users can feel anxious, depressed, and suffer from impaired memory. The dissociative and amnesiac effects have led to ketamine being used to facilitate sexual assault.

Ketamine’s effects can also lead to high blood pressure and an increased heart rate. This makes many of the negative psychological effects feel worse and can lead to other problems with the heart.

Mixing ketamine with other drugs is very risky, and can lead to serious consequences. According to the National Institute of Health, ketamine is potentially fatal for people intoxicated with alcohol.

People who abuse ketamine over a long period of time, or who take higher doses may experience serious long-term effects. Some of these may also be permanent. As with any substance abuse, there is a risk of physical dependence. Drug cravings can force people into dangerous situations and risky or illegal behaviors.

There can also be long-lasting psychological effects. Some users report experiencing Hallucinogen Persisting Perception Disorder (HPPD) for many weeks after taking the drug. This can mean experiencing disorienting and unpleasant hallucinations or trips when not under the influence of the drug. Users can also experience ‘flashbacks’ of some of the other unpleasant feelings they had during their trip such as anxiety and depression.

Psychological dependence can also result from ketamine abuse. The high from ketamine is relatively short-lived, and so people will often find they need high doses in order to satisfy their intense cravings. This in turn leads to spending more money on the drug and more chances of looking to other drugs. Further substance abuse problems can also arise as a result.

There are many physical impacts of abusing ketamine. One of the greatest risks is damage to the bladder. Ketamine addiction can lead to major damage to the bladder. Depending on how much ketamine a person has taken over time, the damage can even remain once they have stopped. This is partly why it is so important to seek immediate treatment if peeing becomes painful or bloody.

Ketamine use can also damage the urinary tract. This may lead to incontinence if the person has a long ketamine abuse history. Other health risks include abdominal cramps and liver damage. This means that even when compared to some other kinds of drug addiction, long-term ketamine use has a very poor impact on overall health.

How Long Does Ketamine Stay in Your System?

Ketamine takes between ten to twenty minutes to kick in, and the high lasts for around half an hour. The half-life of ketamine is about forty-five minutes, meaning it remains in a person’s system for almost four hours. This is a much shorter half-life than for drugs like cannabis.

How long ketamine stays in a system also depends on the amount of the drug taken. Drug metabolism varies from person to person and from drug to drug, but metabolites play a part in how long a drug remains detectable. The health of a person’s kidney and liver also affects how many active metabolites are picked up by drug tests.

How Can Someone Detect Ketamine?

Standard drug testing does not always look for ketamine; however, there are many other types of drug tests that can pick it up. Detecting ketamine in a person’s system can be done in many ways such as through:

Most drugs remain in urine for longer than saliva or blood. Ketamine urine tests are able to detect the drug in the system at least four days after initial consumption. There are even cases of ketamine showing up in a urine sample several weeks after taking it.

All these fluid tests are able to detect recent drug use, but how long does ketamine stay in your system overall? A hair test is the best way of determining if someone is abusing ketamine long-term. Hair tests can show the presence of ketamine for up to three months after use. It shows up in hair follicles about two weeks after use and takes a further ten days to start growing above the scalp.

Ketamine can be very addictive. The feelings of bliss in dissociation can be very appealing for people suffering from poor mental health. The body quickly develops a tolerance to the drug as well. This means lower doses are no longer effective. The relatively short high combined with rapid tolerance development pushes people to take more and more of the drug.

This kind of drug abuse can lead people to experience intense cravings. A cycle of addiction can arise which then has serious long-term impacts on physical and mental health.

There are many kinds of addiction treatment options available for people with ketamine addiction. The psychological nature of ketamine withdrawal symptoms makes it much safer to seek professional treatment advice, rather than to try detox alone.

The admission process at an addiction treatment center will help provide a background for the addiction. All this information goes towards creating the most effective treatment process for that individual. A treatment placement tailored to a person’s individual circumstances will have the best chance to achieve long-term recovery.

What Treatment Options Are Available?

One common method treatment facilities will employ is to help the person go through a detox. This is done as safely as possible to help mitigate any symptoms or side effects. This is often done as an in-patient. The length of stay depends on how long ketamine abuse has occurred.

Treatment facilities like Alina Lodge are able to offer a wide variety of options that can help someone come off ketamine safely. An addiction specialist there will make sure all personal factors are taken into account when designing the right treatment. From long-term combined approaches to shorter detoxes, the right treatment is waiting.