How Long Does MDMA Stay In Your System? 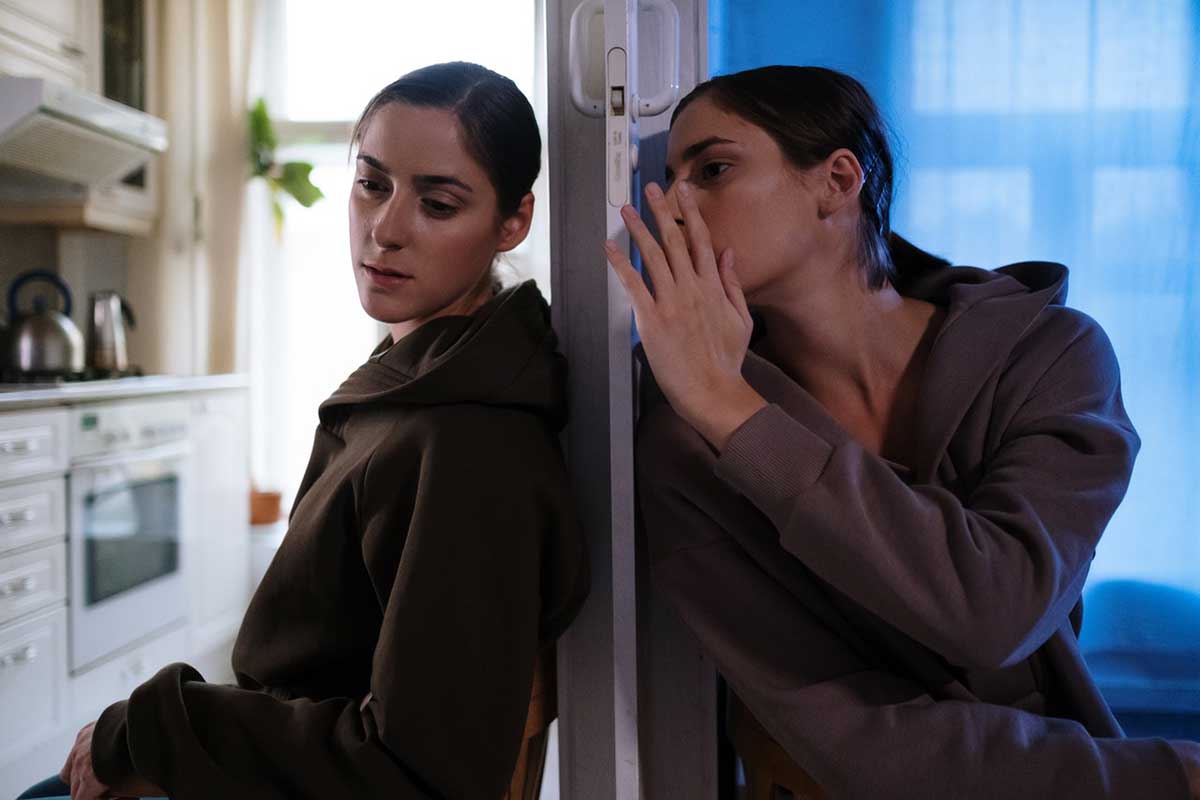 MDMA (3,4-methylenedioxymethamphetamine), also known as “molly”, is a synthetic illicit drug that has hallucinogenic and stimulant properties. It is also known as ecstasy, or molly. MDMA is usually taken in pill form, but it can also be snorted, smoked, or injected.

The effects of MDMA typically last for 3-6 hours. Users report feeling euphoric, energetic, and emotionally close to others. MDMA can also negatively affect the mental health of users, causing them to feel anxious, paranoid, or confused.

Taking MDMA can be dangerous. The drug can cause dehydration, hyperthermia (overheating of the body), and heart problems. MDMA can also interfere with the body’s ability to regulate serotonin levels, which can lead to long-term problems with mood and cognition.

Users of this “club drug” can become addicted. Any habitual drug use can be dangerous.

How Long Does MDMA Show Up on a Drug Test?

MDMA has different detection windows, depending on the drug tests used and on your body’s ability to break down the chemical compounds within the drug. Young adults may process the drug quicker than older people. One person’s system is different from another person. Just because someone tests positive, it does not necessarily mean that a drug test on another person who took the same amount of the drug at the same time will detect MDMA.

Blood: MDMA will “stay in your system” and show on a drug test up to 2 days after the last dose of the drug

Urine: If you have to do urine testing, MDMA will “stay in your system” and you will test positive on a drug test for up to 4 days. Urine tests are some of the most common ways of drug testing. It’s worth remembering that trying to pass a urine test is a criminal offense in many states.

Saliva: Saliva tests are usually done by using a cotton bud in your mouth. These saliva tests are easy to administer and fairly accurate. If your saliva is checked on a drug test, it will detect molly for around 2 days.

Some people attempt to trick drug tests with various methods. Note that doing this is unreliable, and that many people who have tried to pass a drug test after using MDMA have tested positive.

The only way to reliably not test positive and pass a drug test is to stop taking drugs. If you need help with this, there is information towards the end of this article.

MDMA is often taken at clubs or parties, where people may be dancing for long periods of time or engaging in other activities that can lead to dehydration. This can increase the risk of hyperthermia, a condition characterized by an abnormally high body temperature. Hyperthermia can be dangerous, and in some cases fatal.

There have also been reports of people experiencing anxiety, paranoia, and even hallucinations after taking MDMA. These effects are usually temporary, but in some cases they can be long-lasting.

MDMA has also been shown to be neurotoxic, meaning it can damage the brain. Studies in animals have found that MDMA causes changes in the brain that are similar to those seen in people with Alzheimer’s disease. It is not known if these changes are permanent, but they could potentially lead to problems with memory and learning.

The risks of MDMA are increased when people take high doses, take multiple doses, or have physical or mental problems. Each person’s system is different, meaning that you should not assume that you will be fine to take something just because it seemed to not have any adverse effect on your friend.

Overall, MDMA is a dangerous drug that can cause both short-term and long-term health problems. It is important to be aware of the risks before taking this drug.

How to Reduce Risks of Taking MDMA

One of the best ways to reduce damage from MDMA is to drink plenty of water. This will help to prevent dehydration, which can lead to serious medical problems. You should also be careful to not drink too much water, as this can also be harmful. It is also important to avoid drinking alcohol while taking MDMA, as this can further dehydrate the body.

It is always a good idea to stay up-to-date with the latest medical news when it comes to drugs and substances. This way, you can be sure that you are taking all necessary precautions. For instance, new research may show that certain drug interactions can cause more harm than previously thought. In the case of MDMA, there have been several studies conducted in recent years that have shown that the drug can cause long-term damage to the brain. As such, it is important to be aware of this before taking the drug.

There are a number of other factors that can contribute to the damage caused by MDMA. Other factors include: people who use the drug regularly, have health conditions or take the drug at high doses are more likely to experience negative effects. Additionally, those who mix MDMA with other drugs or alcohol are also at greater risk for harm.

While MDMA causes decreased appetite, after you have come down from MDMA, you should try and eat something. Eating food will reduce the stress on your body, and will mean that you do not feel quite so bad in the days following your MDMA use.

There is no doubt that MDMA is an incredibly powerful drug. Its effects on the brain are so strong that it can lead to addiction. In fact, the National Institute on Drug Abuse (NIDA) has classified MDMA as a “drug of abuse” and a “Schedule I” substance, meaning that it has a high potential for abuse and is not considered safe for medical use.

So what exactly are the dangers of ecstasy addiction?

For starters, ecstasy addiction can lead to significant changes in brain structure and function. These changes can include damage to the nerve cells that release serotonin, which is a key chemical involved in regulating mood, energy levels, and sleep. This damage can ultimately lead to problems with mood, memory, and learning.

In addition, MDMA addiction can also lead to other potentially harmful consequences, such as:

Problems with impulse control and decision-making

Legal problems (MDMA is an illicit drug and controlled substance)

Changes in the central nervous system

Overdose is also a major concern with MDMA abuse. When taken in high doses or combined with other drugs, MDMA can cause dangerously high body temperatures, irregular heartbeat, seizure, and even death. Mixing MDMA with alcohol can also be particularly dangerous, as it can lead to dehydration and drastically increase the risk of overdose.

If you or someone you love is struggling with an addiction to MDMA, it’s important to seek professional help as soon as possible. With treatment, it is possible to overcome this addiction and get on the path to recovery.

While addiction to MDMA is not as common as with drugs such as cocaine or heroin, it does happen. If someone has an addictive personality, the risk of them becoming dependent on MDMA is far higher than the general population.

If someone you love becomes addicted to MDMA, there is help available. The two most common treatment options for recovering from MDMA addiction are rehab and support groups.

Seeking treatment for MDMA addiction is likely to be the best thing to do if you or a loved one is addicted to MDMA. Going to treatment centers for MDMA is much the same as going to rehab for any other substance. During the initial period, while there is unlikely to be a withdrawal akin to that of heroin, there may be some time of adjustment where the brain rewires following repeated drug use.

In this time, some rehabs may choose to prescribe prescription medications that will lessen uncomfortable symptoms. If the person is suffering with anxiety following their MDMA use, short-term benzodiazepines may be prescribed.

If any underlying mental health problems are diagnosed at this point, these will be addressed also. The issue of whether to prescribe medication will be discussed between staff members and the client.

Following the initial period, the client will then follow the program of the rehab. This involves both group and individual sessions, designed to help the client realize why they began using MDMA in the first place, helping them to deal with any thoughts or feelings that may be causing them to continue using the drug.

It is recommended to attend rehab for at least one month, though rehabs often recommend a longer stay for people who need it.

The other most common addiction treatment for MDMA is support groups. At these groups, the addicted person will be around other people who have had similar experiences with drugs, and will be able to help the person who is addicted to MDMA.

The most popular of these support groups is Narcotics Anonymous (NA). Besides going to NA meetings, NA also recommends going through the 12 step program. This helps people who have been addicted to drugs to “clear the wreckage of the past” and move forward with a new life.

People who are addicted to MDMA are often addicted to other drugs at the same time. Many people who take MDMA combine it with cocaine or other drugs, to intensify the high. Some users even combine MDMA with a designer synthetic drug. This type of drug use is particularly dangerous, as there is increased risk of damage to the body and mind, and overdose.

If someone is addicted to more than one drug, it may be more challenging for them to cease use of drugs. However, many people have been addicted to multiple substances in the past and have been able to break free of their addiction.

MDMA and Opiate Use

People who are addicted to MDMA occasionally begin using opiates so that they can come down from the MDMA that they have taken. This are many factors that make this very dangerous:

While MDMA addiction is rarer than addictions to other substances, it does happen. When someone is addicted to MDMA, they can severely damage their mind and body, and MDMA addiction can even lead to overdose.

If you or your loved one is addicted to MDMA and you are not sure where to turn, contact Alina Lodge today. Our certified addiction specialists are waiting for your call.