Ritalin Addiction: Signs Someone Is Addicted to Ritalin

Ritalin is a prescription drug that is used to treat attention deficit hyperactivity disorder (ADHD). When Ritalin is used as prescribed, it is a safe and effective medication; it increases an individual’s ability to focus while producing a calming effect. However, Ritalin can induce side effects that are similar to those produced by cocaine and amphetamines. Therefore, if misused, Ritalin has a high potential for abuse and is considered to be very addictive.

With the production and consumption of Ritalin on the rise, we have seen an increase in the number of people abusing the drug. If you are concerned about a loved one’s Ritalin use and their potential for developing a Ritalin addiction, there are several signs to look out for. This post will explore what Ritalin is, the effects of abuse, and the treatment options available to support you and your loved ones. 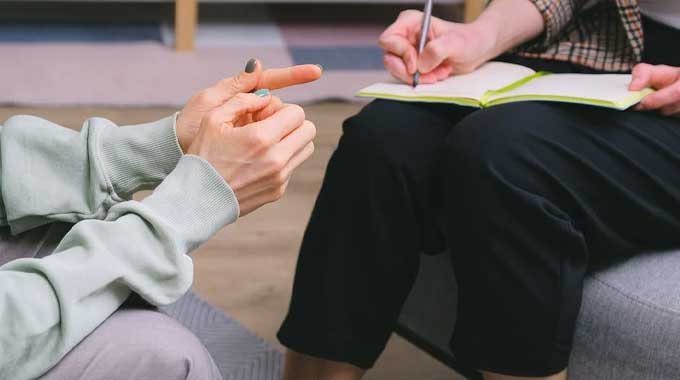 Ritalin is the brand name of a central nervous system (CNS) stimulant containing methylphenidate. The prescription stimulant is used for treating ADHD and can also be used to treat narcolepsy. Ritalin typically comes in a tablet form on a short or extended-release basis and the effects of the drug last between three and four hours.

The drug works by increasing neurotransmitters, such as norepinephrine and dopamine, in the brain, which increases attention, energy levels, and concentration while decreasing the need for sleep and appetite. The drug helps those who suffer from ADHD by controlling their impulsivity and improving their ability to regulate emotions.

Medications that contain methylphenidate are classified by the Drug Enforcement Administration (DEA) as Schedule II federally controlled substances. This is due to there being a high potential for abuse and the risk of developing a physical dependency. When used as medically prescribed, Ritalin is an effective and safe medication. However, due to its energy-enhancing effects, the drug is regularly abused. When Ritalin is used for recreational use, there is an increased risk of individuals developing a Ritalin addiction.

Yes, if Ritalin is abused, the drug can be very addictive. Ritalin abuse is most common for students, professionals, or athletes due to its enhancement of productivity and energy. According to a National Survey on Drug Use and Health, around 5.1 million people over the age of 12 had reported the abuse of stimulants, such as Ritalin, within the past year. In fact, this is almost 2% of the entire population of America. Around 85% of the world’s production and consumption of Ritalin takes place in the U.S and the drug is one of the most commonly abused drugs in the country.

Stimulants, such as methylphenidate, cause an increase in dopamine levels which can influence the risk of addiction. Dopamine is a natural chemical found in the brain that is associated with feelings of pleasure. When the levels of this specific neurotransmitter are increased, a powerful and euphoric high is induced. Those who use Ritalin recreationally are often attempting to reproduce this burst of energy and are therefore encouraged to take more of the drug.

Prolonged use and abuse of the drug cause an increase in tolerance to regular doses of Ritalin, over time, the brain becomes accustomed to the presence of Ritalin. This means that an individual will need more of the drug in order to experience its desired effects. The need for an increased dosage heightens the risk of dependency and increases the chances of a Ritalin addiction.

Ritalin Abuse and Side Effects 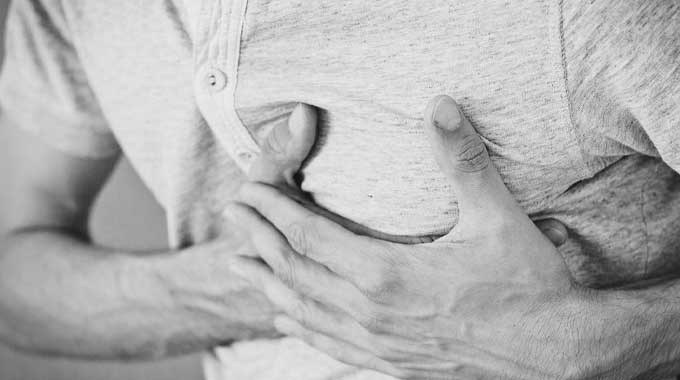 Individuals may abuse Ritalin for its effects of increased alertness and concentration. Ritalin use is most common amongst young adults as the drug is commonly prescribed to those of a similar age group. Many individuals in their 20s who are taking Ritalin when it is not prescribed are obtaining the drug through alternative means, such as from their classmates. A survey found that 63% of individuals between the ages of 18-28 obtained Ritalin through their companions. More than 20% got theirs from a family member, and 20% from other students.

Individuals who abuse Ritalin are likely to do so for the euphoric high that is induced. These effects are generally found after an increased dosage as they are not induced by therapeutic doses. People who are abusing the drug without a prescription have an increased risk of experiencing the negative side effects of Ritalin, including:

These side effects vary depending on whether the person taking Ritalin has an ADHD diagnosis. If someone who is not prescribed takes the medication, they can experience more intense or different side effects. The most common side effect is the onset of a stimulant use disorder or Ritalin addiction. 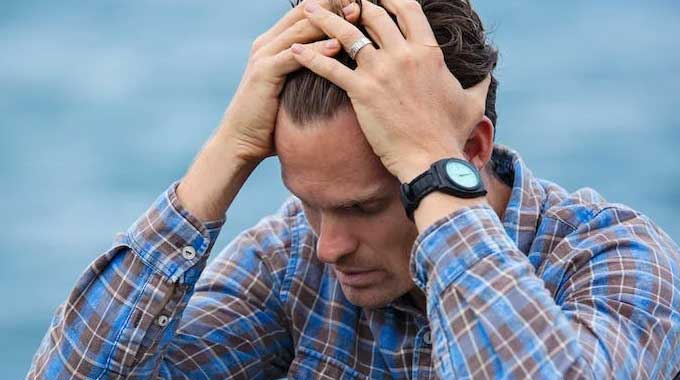 If someone is abusing Ritalin it is likely that they will display a series of signs, whether these are behavioral or physical, spotting these can help people identify whether a loved one is living with a Ritalin addiction.

In order for someone to be diagnosed with a substance use disorder, a mental health professional will use the Diagnostic and Statistical Manual. Professionals will use the symptoms outlined to determine whether an individual has a mild, moderate, or severe substance use disorder. Two of the eleven identified symptoms are to be present within a single year for someone to be diagnosed.

Some physical signs, that are also outlined in the diagnostic criteria, that an individual may display if they are partaking in Ritalin abuse include:

Ritalin is prescribed by medical professionals, which means that if someone who is prescribed the medication has a dependency or addiction to it, they may start seeing multiple doctors in order to obtain more of the drug. However, doing this in secrecy isn’t so easy as, over time, a person will accumulate a number of prescription bottles that display different doctors’ names and reflect a cross-over in time periods.

While this behavior may be common among adults, teens and young adults are much more likely to obtain Ritalin prescriptions through other means. Many people within this age group get Ritalin from people who may be selling their medication, friends, or even family members. Behavioral changes to look out for in individuals who may be abusing Ritalin include:

There are a number of alternative behavioral side effects of Ritalin use, however, the most telltale sign is an obvious change in personality. The majority of people do not suddenly display an abrupt change in personality unless something has influenced the shift, such as drug use or the offset of a mental health condition.

Another key sign to look out for if you believe someone has a Ritalin addiction is if they experience withdrawal symptoms. When an individual who has a physical dependence on the drug suddenly stops taking or attempts to reduce their intake, a series of physical and psychological symptoms will be experienced. Ritalin withdrawal symptoms include:

If you or someone you know is experiencing withdrawal symptoms, with the right help you can learn to effectively manage and control these to make the detox process manageable and comfortable. 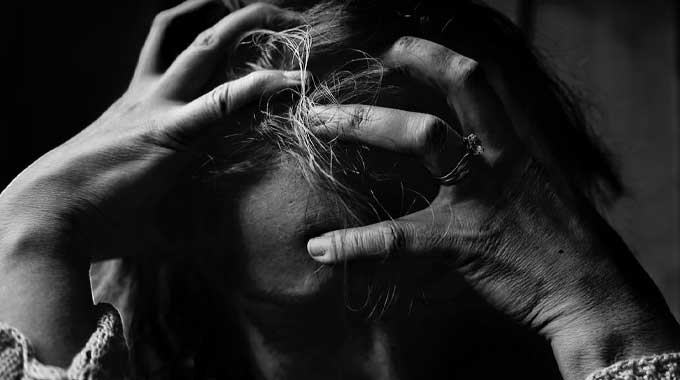 An overdose is a very serious outcome of Ritalin abuse, but it certainly does not have to get to this point. Substance addiction treatment is available at any stage of your recovery journey where you will be given help to support you in living a healthy, sober, and happy lifestyle. 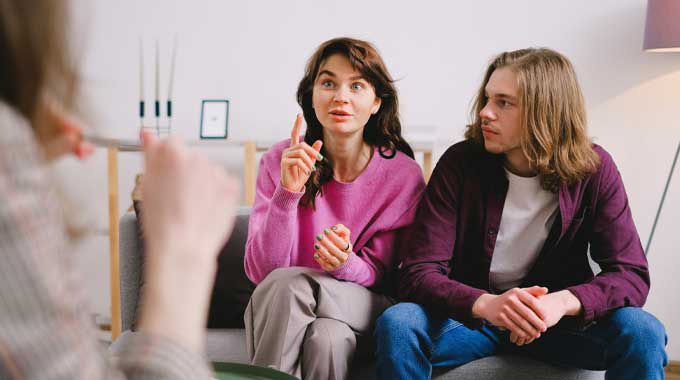 The process for Ritalin addiction treatment differs for each individual due to personal factors. This is especially the case if you have been taking Ritalin over a prolonged period of time and from a young age. Alternatively, if you have an ADHD diagnosis, you and your doctors will have to find a different way to manage your disorder.

The first stage of any addiction treatment is detoxing. This is where you stop taking the drug to allow your body to rid itself of any remaining toxins. Within this period, you may experience withdrawal symptoms, however, treatment supports you throughout this process so you are able to effectively manage any adverse side effects.

Ritalin addiction treatment will include several components, following a detox you will either join an inpatient or outpatient program depending on personal factors. Whether your Ritalin use was recreational, to improve concentration or performance at work or school, or to manage your ADHD, specialized programs for Ritalin addiction can help you address the surrounding issues of your addiction as well as the root cause. You will learn how to address and develop healthy and new habits and behaviors in a supportive and safe atmosphere.

Addiction treatment services are available no matter what stage of your recovery journey you are at. It’s important to remember that you are not alone and help is always available.

Alina Lodge is considered to be among the top residential addiction treatment programs in the US. We treat a range of substance use disorders and mental disorders delivered with the utmost quality care and individualized treatment plans for positive results. Our integrated staff and services focus on a whole-person approach to offer individuals the best chance of a successful recovery.

Our substance abuse treatment options offer a lasting recovery. At Alina Lodge, we offer a range 0f therapeutic approaches aimed at addressing all causes and effects of addiction, these include:

These therapies are utilized throughout the recovery process in different treatment programs. Our addiction treatment programs offer support for drug and alcohol abuse, ranging from our 28-day rehab program to our dual diagnosis treatment program. With our professional support and treatment, we can help you return to living a happy and healthy future. If you are ready to overcome your substance abuse disorder, contact us today to learn more about how we can help you.