Signs of Meth Addiction, Abuse, and Use 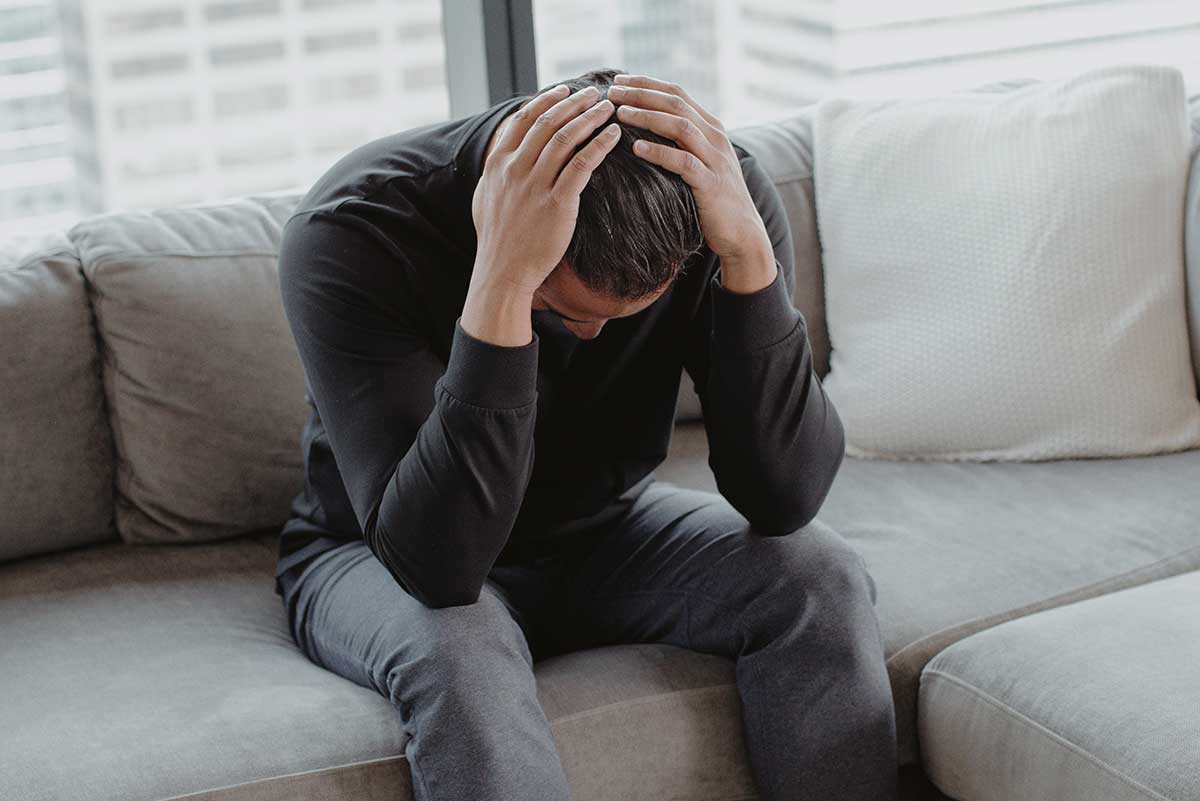 Methamphetamine is a drug commonly known as ‘crystal meth’, or ‘meth’. It is also known informally as ‘ice’, ‘speed’, ‘glass’, or ‘crystal’. Methamphetamine abuse is a serious issue that is, unfortunately, growing in the United States. Chronic meth use is a difficult addiction to hide due to the damaging consequences meth does to a person.

If you are worried a loved one might have a meth use disorder, there are a few signs you may be able to spot. It is important not to lose hope even if you discover a loved one is using meth regularly. There are many innovative and effective treatments available.

Methamphetamine is a highly addictive drug. It was initially manufactured as medicine for inhalers and decongestants. It is a stimulant, made from its parent drug amphetamine.

Like all amphetamines, the effects of meth on a person are increased energy, confidence, and well-being. It has similar effects to the popular street drug cocaine, but it is much cheaper to buy and much more addictive.

The effects and price of meth mean it is a drug that is very often abused. Meth can be snorted, smoked, injected, or taken as a pill. When abused, it is typically smoked.

Meth is cooked and sold illegally around the world. Meth labs are often set up in people’s homes without neighbors being aware. A meth lab may exhibit a strange or strong smell and even this odor can be dangerous to inhale.

Meth is made with various substances, from battery acid to chloroform. Cooking meth is illegal and the Drug Enforcement Administration (DEA) prosecutes those who illegally manufacture methamphetamines. In its most potent form, meth is presented as a rock. This rock is known as crystal meth.

What Meth Is Used For

Meth is a Schedule II stimulant, meaning it can be legally obtained. However, it is only prescribed in nonrefillable prescriptions for specific cases. It can be legally prescribed to treat narcolepsy, attention deficit hyperactive disorder (ADHD), or in very rare cases, obesity.

The amount of meth prescribed by a medical professional would be in very low doses. When consumed illegally, it is generally taken in much higher doses.

The addiction cycle begins with initial use. At this stage, a person will try meth for the first time. For this reason, young people and people who frequent places where drugs are present are at high risk.

The effects of meth are very rewarding, with a person experiencing increased energy, decreased appetite, and an overall feeling of pleasure and well-being. As it is enjoyable, a person may be tempted to use meth again.

After initial use, a person may begin to engage in methamphetamine abuse. Drug abuse means taking higher doses of the substance for an extended time. Over time, repeated abuse of meth can lead to a person developing a tolerance to the drug.

When a person develops a tolerance, they will then need higher doses of the drug to experience the same effect. With repeated use over a prolonged period of time, a person could develop a physical dependency.

Drug dependency means a person will now need the drug to feel normal. It means that a person will now struggle to quit the drug if they wish to stop taking it. A person who is physically dependent on meth and suddenly stops taking it will experience very difficult withdrawal symptoms.

Meth in particular is highly addictive as the effects are short-lived. The rewarding effects of meth use will wear off even before blood levels have dropped, meaning people tend to take a lot of it. The cycle of meth abuse is characterized by a meth binge, followed by a crash phase.

Over time, meth abuse can cause a physical or mental dependency. Withdrawal can affect a person around twenty-four hours after the last dose and it typically lasts around two weeks. The withdrawal symptoms can vary from person to person, but some common symptoms/signs are:

The withdrawal period can cause such intense difficulty that a person is very vulnerable to relapse. Without intervention, the mental or physical symptoms can even be fatal.

Addiction can affect anyone; of any age, race, gender, occupation, or ethnicity. Addiction is a chronic illness and there is no complete ‘cure’, but it can be well managed with the right care. Luckily, there are plenty of treatment options available across the country.

However, some members of the population are at a higher risk of developing an addiction. With this in mind, prevention may be possible.

A big predictor of substance abuse is mental health disorders. People with mental illnesses are more likely to try substances like meth and cocaine, presumably to self-medicate the symptoms of their illness.

Mental health conditions like depression can cause a person to have low energy. Methamphetamine use is known to increase energy and well-being in the short term, so it may offer a temporary respite. However, these pleasurable effects of meth do not last long and drug withdrawal can leave a person feeling much worse.

In particular, studies have shown that meth addiction is common among people diagnosed with an antisocial personality disorder. This is likely due to the disorder being characterized by risky behavior and high impulsivity.

Those suffering from a mental illness must seek help, so they don’t end up struggling with addiction. The purpose of addiction treatment is to get to the root of the problem. Many treatment facilities will recognize that mental illness is underpinning the substance abuse.

Criminal behavior is also one of the warning signs of addiction. Studies have shown that people who have previously been in trouble with the law are more likely to engage in substance abuse. This is probably due to a propensity for risky behavior.

What Are the Signs of Meth Use?

Meth addiction is not particularly easy to hide. Meth deeply affects a person’s life, physically, mentally, and financially. A person who is addicted to meth will become consumed with thoughts of the drug and obtaining more meth quickly becomes a major life priority.

While drug use may be hard to recognize for a person who has never engaged in it themselves, there are a few clear warning signs that may point to crystal meth use. The behavioral or physical signs of drug use that family members can look out for are more obvious with meth. It can be much more difficult to spot the use of other drugs that are easier to hide.

Meth abuse can change a person’s physical appearance and they may lose a considerable amount of weight. Furthermore, there is even a particular phenomenon known as ‘meth mouth’. Meth mouth is caused by smoking the substance for a long time and it is characterized by someone having rotting teeth from the substance. Meth commonly causes sores on the face and skin and this is one of the clear signs of meth use.

Another physical sign of meth use is known as ‘tweaking’. Tweaking occurs after a meth drug binge and a person will have extreme mood swings. They may be unable to sleep, due to the excessive amount of amphetamine consumed during the binge. This lack of sleep will cause a person to become noticeably irritable and paranoid.

Addiction to meth can wreak havoc on a person’s life. You may notice they are struggling with finances, work responsibilities, or maintaining relationships. Some other telltale signs of meth use are: finding drug paraphernalia such as needles or pipes, finding traces of crystal meth in their home, or a change in daily routine.

If your loved one has a meth addiction, you may feel powerless to help. While it is important to implement boundaries with the person, there are some things you can do. You can start by understanding meth addiction, learning as much as possible, and offering emotional support. Down the road, it may be beneficial to seek family therapy to repair family bonds as addiction can place a heavy strain on relationships.

The Dangers of Methamphetamine Abuse

The most dangerous aspect of methamphetamine use is the risk of addiction and meth is thought to be one of the most addictive substances in the world. Meth gives a fast-acting, yet short-lived ‘flash’ of euphoria, so it is likely to be abused.

Meth use affects both a user’s brain and heart. Due to its damage to the brain, meth users are at high risk of a stroke. As it directly contacts the serotonin and dopamine neurotransmitters in the brain, repeated abuse can cause these receptors to stop producing these chemicals naturally. Serotonin and dopamine are responsible for feelings of happiness and reward, so permanent damage to these areas can leave a person with severe depression.

Furthermore, meth affects the substantia nigra, the area of the midbrain that is responsible for muscle control. Over time, this can lead to a higher risk of developing Parkinsons’ disease, especially for females.

Perhaps the most frightening psychological effect of meth use is the damage it causes to brain cells. As a result, this can lead to a person exhibiting signs and symptoms of schizophrenia. A person may exhibit signs of psychosis. This is generally thought to affect active meth users and it can go away in recovery, but for some people, these symptoms persist.

Meth can also damage the heart. As it is an amphetamine, it is designed to increase heart rate. Meth abuse can cause high blood pressure, constriction of the blood vessels, damaged arteries, and thus cardiac arrest. Over time, this kind of repeated substance abuse can cause heart arrhythmia.

Meth use can also cause damage to other areas of the body, such as muscles, liver, kidney, respiratory system, central nervous system, teeth, and skin. If a person is injecting the substance, they may share needles. Sharing needles can cause a person to contract sexually transmitted diseases like HIV. It can also spread blood-borne diseases like Hepatitis B and Hepatitis C.

With illicit substance abuse, there is always a risk of overdose. An overdose occurs when a person takes more of a substance than the body can process. As meth creates a high that passes quickly, a person may take too much to achieve the ‘high’ again.

A person who has taken a meth overdose may experience:

A meth overdose can be fatal, so it is important to contact the emergency services as soon as possible. The effects of meth addiction are life-threatening and hopefully, a person will seek addiction treatment before an overdose occurs.

If you have spotted the signs of meth use in a loved one, don’t lose hope. Luckily, there are many different treatment centers specifically for methamphetamine addiction.

Hopefully one day we can live in a drug-free world, but for now, it is important to know the possible predictors of addiction and seek help at a treatment center.

Alina Lodge offers addiction treatment you can trust. Our team of professionals can help design an effective treatment process for you or your loved one to achieve long-term recovery.

Our treatment facility in New Jersey offers a 28-day drug rehab program for substance addiction and we also offer support for loved ones affected by the addiction. Contact us today to learn more and start your journey of healing.