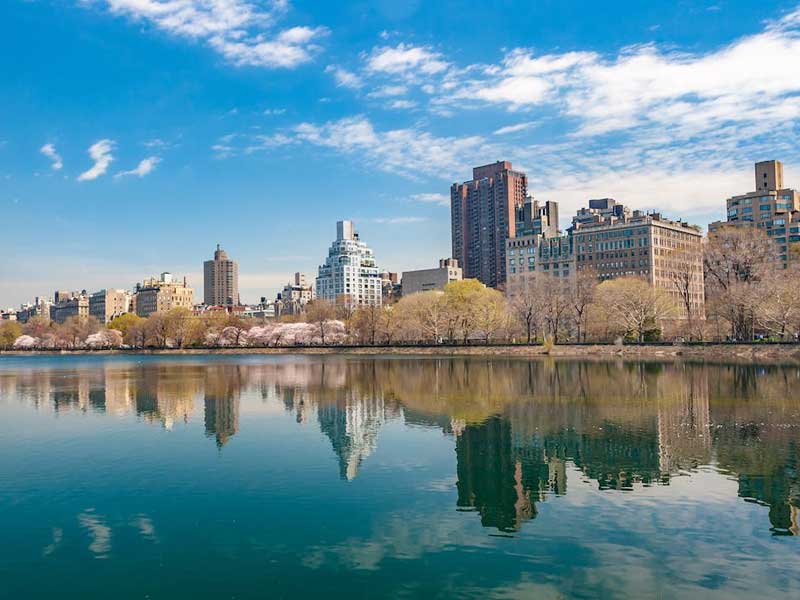 Substance abuse involves the use of substances, illegally obtained or otherwise, for purposes other than that which they are meant for. This can include socially acceptable drugs such as alcohol, over-the-counter medications, prescription drugs, and illicit drugs.

Drug and alcohol abuse has become a prevalent problem within the United States, and it can hugely impact the well-being of individuals who suffer from this problem. It can affect their social, psychological, and professional life to a significant degree. It can also have an extremely damaging impact on your physical health. In many cases, substance use disorders can only be resolved with proper addiction treatment that couples detoxification with behavioral therapy.

With the United States currently in the grip of a deadly opioid epidemic that has claimed many lives, it is important to have proper oversight of the published data in order to be able to inform the public about the dangers of drug abuse and overdose. In this blog, we will discuss drug statistics for New Jersey, the relationship between mental health and drug addictions, and how you can seek out proper substance abuse treatment in New Jersey at Alina Lodge.

According to the report by the National Survey on Drug Use and Health (NSDUH), almost 19.7 million Americans (aged 12 and older) had issues with a substance use disorder in 2017, which was around 17% of the total population at the time. This astonishingly large number highlights the scope of the drug problem that is facing the United States. However, how does this data reflect drug and alcohol addiction within New Jersey?

The following data was produced by the Substance Abuse and Mental Health Services Administration, and compares drug use rates in the past year (among people aged 12 or older) in New Jersey to the national average:

According to this survey, almost 6.1% of all people in New Jersey reported that they faced some type of substance use disorder. Again, this is lower than the national average which is 7.1%. Alcohol addiction is the most common substance disorder.

It is important to consider the fact that most data sets predict significant differences in drug prevalence rates depending on age and ethnic group. Therefore, some communities are more at risk for different types of drug-related problems. Genetic and environmental factors also play a role in your propensity for drug abuse and addiction.

We can see that the prevalence rate for most drug use in New Jersey is, in general, lower or similar to the national average. However, this does not mean that there is no problem. Drug and alcohol addiction can have debilitating effects on many people, contributing to higher chances of mental illness, as well as overall reduced physical health. For this reason, substance abuse treatment should always be recommended if you fall into a pattern of dangerous drug use. 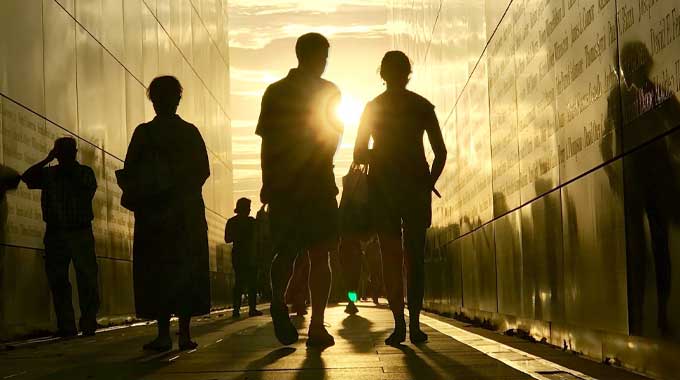 What Types of Illicit Drugs are Being Used in New Jersey?

According to a 2019 substance abuse overview of New Jersey, the most commonly abused illicit drugs in New Jersey are:

According to the National Drug Intelligence Center, New Jersey has a high risk of widespread distribution of illicit drugs due to its geographical positioning and the fact that many crime organizations run illegal distribution rings within the state A large focus is on cocaine and heroin abuse, due to the fact that marijuana users are less likely to engage in violent crime. 70% of all violent crime is the direct result of illegal drug activity, and heroin is responsible for 38% of all federal sentencing cases, compared to a national average of 8%.

Illicit substance use can have destructive effects on your physical health, especially if you develop conditions such as heroin addiction. All substances can seriously impact your mental health if you fall into a spiral of drug addiction, and therefore require proper mental health treatment in order to resolve. 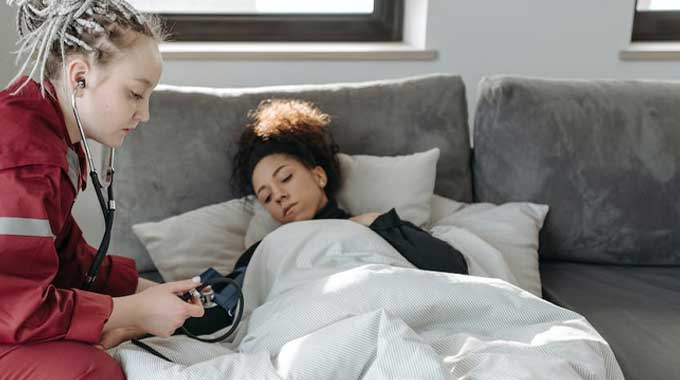 Drug use carries has inherent risk of fatal outcomes. This is especially true if you have been abusing opioid drugs or medications. The data shows a huge increase compared to the previous years and may reflect how the pandemic damaged many people’s mental health and made them more likely to develop drug and alcohol addiction as a result.

This can also be seen in data centered on New Jersey overdose reporting which shows an uptick in drug overdose death post-pandemic, a trend that is only now beginning to resolve itself. This does not mitigate the devastating impact that drugs have on our health, however. Since 1999, over 993,000 people have died from drug overdoses.

Illicit opioid drugs, and prescription medications containing opioids, have been largely responsible for this increasing trend of drug overdoses. This trend began in the 1990s after pharmaceutical companies made promises that these products were not dangerous or addictive. As such, medical professionals started prescribing them in larger numbers.

The result is the opioid crisis we are now facing, which has cost many American citizens their lives and is the cause of the highest rates of drug overdoses in New Jersey and the country as a whole. Even though there is increased awareness and education on the dangers of opioid overdoses, this issue is still prevalent.

We should be aware that despite the fact that there is more awareness of the dangers of opioid drugs, they are still very commonly abused by many demographics. Many young adults use them for recreational purposes, and it is for this reason that death rates due to opiates are expected to still increase in the following years. It is also due to their widespread availability.

Drug use is also a risk factor for mental health outcomes such as suicide. Many people who are trapped in the throes of substance abuse will find that their psychological health can decline as a result. However, New Jersey reported that fewer adults in the state had suicidal thoughts compared to the national average. This could be reflective of New Jersey’s generally lower drug abuse rates causing less damaging mental health outcomes. 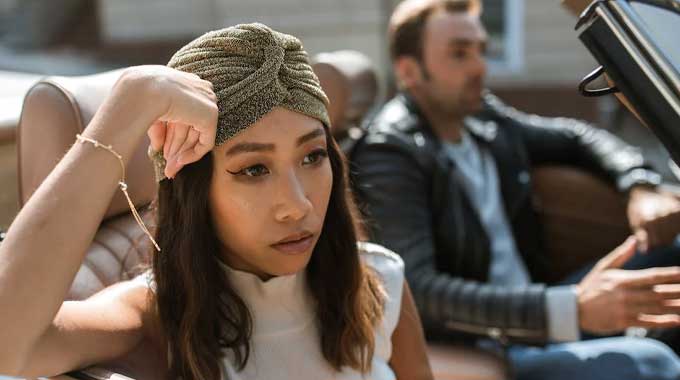 A mental illness is a diagnosable condition that affects an individual’s psychological or social well-being. The prevalence rate for mental illness may have been exacerbated by the current Covid-19 pandemic, as many people found themselves shut in their houses without any social support. Considering the interplay between mental health and substance abuse, it is important to have an overview of their prevalence rates and to make sure that there is easy access to mental health services and substance abuse treatment.

According to a 2021 report from the Kaiser Family Foundation:

We can see that mental illness is actually slightly less common in New Jersey, compared to the rest of the United States. This is in line with the drug prevalence rates of New Jersey, which are generally lower on average, and the assumption that higher mental health outcomes usually also result in less drug abuse. For this reason, it is important that substance abuse treatment is paired with behavioral therapy that allows individuals to examine and solve the root of their addictive behavior. 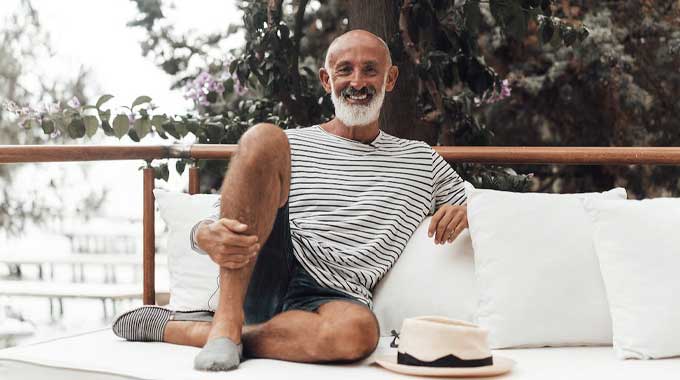 Drug abuse and addiction are behaviors that can quickly take over your life. While New Jersey fares better than many other states in regard to mental health and drug addiction, there is still a very real need to help people overcome these issues. This means proper mental health services and substance abuse treatment that deals with the roots of these problems.

In 2021, there were 87,745 patients admitted into treatment facilities in New Jersey, which reflects an increase from the previous year.

The most common drugs that were the cause for admission were:

We can see that alcohol and heroin abuse are the leading causes of people seeking out treatment. Most admissions in 2021 were largely done in an outpatient program. However, opioid maintenance and detox is the primary reason that people visit inpatient facilities in New Jersey, wherein patients are administered drugs such as methadone to help them deal with their withdrawal.

Having an alcohol and drug problem may make you feel ashamed, reducing your willingness to access services that can help you. Oftentimes, this problem stays untreated. This can exacerbate any mental health difficulties you may face. However, this does not have to be the case.

Proper substance abuse treatment does not only help you manage your withdrawal symptoms safely, but it also gives you access to a wide range of services, resources, and professional help that can help improve the state of your mental health. This comprehensive care is of the utmost importance if you want a real chance of recovery. It can include individual counseling or family therapy that can help you adjust to being a functioning part of your community.

As your mental health improves, you will find it easier to escape your destructive cycle of addiction. Therefore we advise that you always seek proper substance abuse and mental health treatment in New Jersey or otherwise.

Whether we are dealing with adolescents or adults, Alina Lodge provides the most comprehensive care you could ever receive in New Jersey. That is because we do not believe that people are defined by their alcohol and substance use. Addiction is merely a disease, one that requires medical care and supervision. Our substance abuse treatment programs are widely known to be extremely effective. It is how we have built up such a good reputation.

No matter what the problem, be it heroin addiction, alcohol addiction, or opiate withdrawal we are ready to help you deal with drug addictions. We have the medical knowledge and compassion that you need in order to start your journey of recovery.

So do not wait, we are just a phone call away. Alina Lodge is ready to help you overcome your substance abuse issues with proper treatment and care, without compromising your comfort.