Why Is Fentanyl So Dangerous 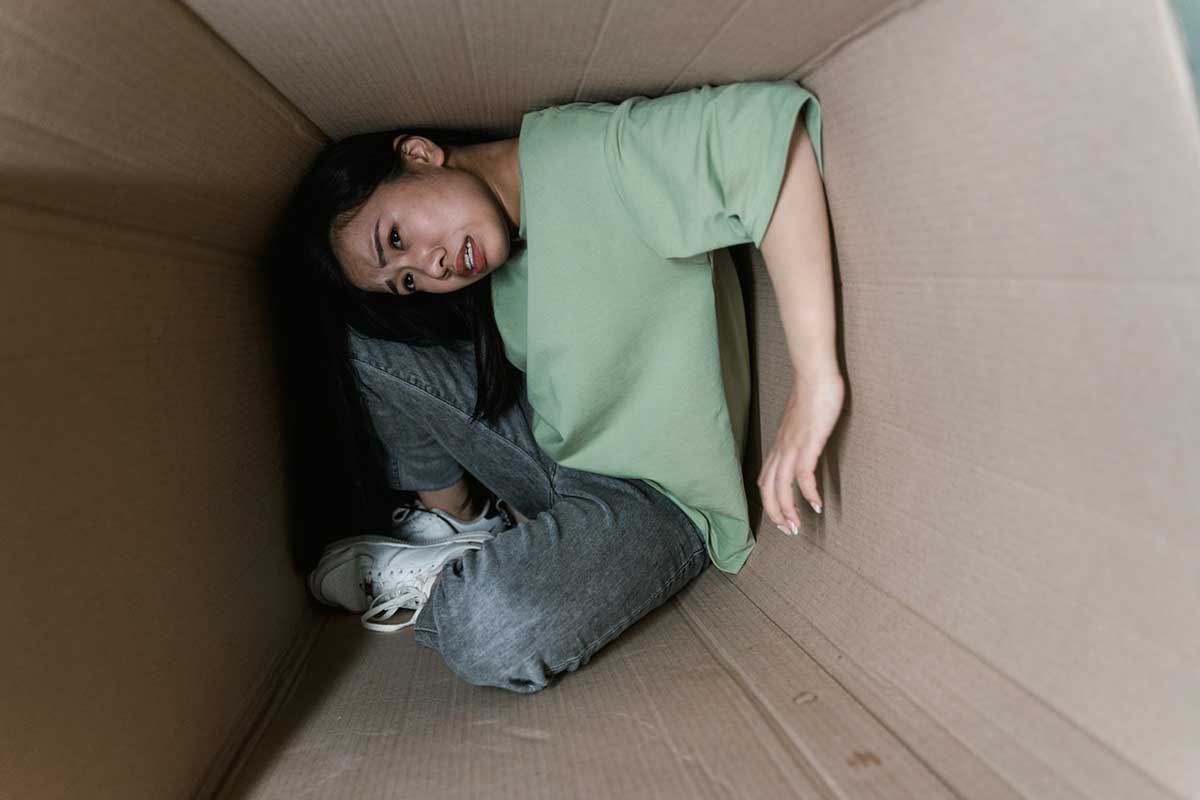 The opioid drug crisis in the United States continues to wreak devastating effects on the country, having reached a record high in 2021 with 100,000 drug overdose deaths. The continuing epidemic is heavily fuelled by the rise in the use of fentanyl, which was involved in over 50% of these deaths.

The drug is extremely potent. This means it is highly addictive and, significantly, that even minute doses of fentanyl, for example as traces present in other drugs, can lead to fatal overdoses. The overdose can be induced within seconds to minutes of dosing in comparison to the minutes to hours that are found in overdoses from other drugs such as heroin or prescription opioids such as oxycodone.

Fentanyl is often found in other illicit drugs, leading to a situation where many are unaware that they are taking, and becoming addicted to, this opioid drug. This article will help you to identify the extreme dangers posed by fentanyl – dangers which can often be hidden as a result of this fact.

If you think the health and well-being of you or a loved one are under threat as a consequence of fentanyl use or potential fentanyl use, it is important to remember that treatment is available. Medical professionals at Alina Lodge can provide compassionate and personalized support for those who are seeking a path back to health.

Fentanyl is one of the synthetic opioids, meaning that it is created in a laboratory in contrast to other opioid drugs which are naturally derived from the opium poppy plant. In order to grasp its potency: at equivalent doses, it is 50 times stronger than heroin and 80 to 100 times stronger than morphine.

The United States Drug Enforcement Administration (DEA) classifies fentanyl as a Schedule II Drug, meaning that its legal usage is highly limited and is primarily bound to specific medical circumstances. The classification expresses its high potential for addiction and abuse.

In medical circumstances, pharmaceutical fentanyl is typically prescribed as a form of strong pain relief in the cases of cancer patients, those recovering from surgery, or suffering from chronic pain / severe pain. In this latter case, fentanyl is reserved in the final instance for patients who have developed a tolerance to other drugs, in itself recognizing the dangers posed by fentanyl use even when overseen by medical professionals.

As a prescription drug, fentanyl may come in several forms:

Prescription names for fentanyl include: Actiq®, Duragesic®, and Sublimaze®.

The chemical compound in fentanyl is easily made in a laboratory. This has allowed the illegal drug market to propagate large quantities of illicit fentanyl cheaply and with great ease relative to other synthetic drugs. Clandestinely produced fentanyl is typically synthesized in Mexico, India, or China and is then exported to the United States.

It is distributed and sold illegally due to it having similar effects as heroin. It is made available on the drug market in various forms. Typically these are:

Fentanyl in Other Drugs:

Mixing fentanyl into other drugs is frequently done. This is a dangerous trend developed by those in the illegal drug trade that is pushing an invisible fentanyl crisis, with many drug users being unaware that they are consuming and becoming addicted to fentanyl.

Owing to its extreme potency, its addictive effects, and its cheapness, mixing fentanyl with other opioid drugs enhances the high. Common drugs involved in this system include heroin, cocaine, benzodiazepines, and methamphetamines or pills that are made to look like other prescription opioids. This is a tactical move made by dealers, who are able to reap profit by increasing the addictive qualities of other drugs by lacing them with fentanyl.

In some cases the drug user is aware that their drugs have been mixed with fentanyl, however, most often purchasers do not know that this is the case and they have been told that they are purchasing a form of highly potent heroin.

Prescription medications that are sold online or by unlicensed dealers, such as Xanax, Vicodin, Adderall, OxyContin, and Ritalin, have also been found to contain fentanyl on an extremely frequent basis. Counterfeit pills often look legitimate, sold in exact replicas of prescription bottles. Analysis undertaken by the Drug Enforcement Administration found that around 40% of fake pills apprehended were laced with sufficiently high quantities of fentanyl to cause an overdose.

In all these cases, it is impossible for the user to tell if a drug contains fentanyl. Even at deadly levels, you won’t be able to taste it, smell it, or see it. The only way to identify if drugs have been laced with fentanyl is through fentanyl testing kits. Testing strips are available online and are also distributed by harm reduction clinics. These test strips are a quick and inexpensive intervention with vital life-saving potential.

What Are the Effects of Fentanyl?

Fentanyl is a synthetic opioid drug, and like other opioids such as heroin or morphine, its effects on the human body derive from the chemical binding with the body’s opioid receptors. These are areas in the brain that control pain and control emotions. In binding to these receptors, fentanyl increases the levels of dopamine drawn to the brain’s reward centers. Fentanyl use can bring about serious harm to the human body; however, it is used recreationally for the following short-term physiological effects:

Akin to all opioids, fentanyl is made dangerous by the fact that it does not only bind to receptors in the brain’s reward centers. It attaches to receptors in other areas of the brain which are responsible for controlling vital functions of the human body, leading to devastating and often fatal side effects.

Fentanyl, for example, binds to the opioid receptors that are in control of the respiratory system, causing the body’s capacity to perform effective inhale and exhale functions to rapidly decline. Once fentanyl has induced respiratory depression, as it is described in medical terminology, the person is highly likely to choke to death. Respiratory depression is the highest cause of fentanyl deaths, as it is with other opioid analgesics.

If you suspect someone is having an overdose, then do not hesitate to call 911 – this is the most important first step. An overdose is an emergency and if someone does not receive immediate medical attention, then they are at risk of losing their life. While waiting for medical personnel to arrive, try to keep the person awake and, if necessary, administer CPR. If naloxone is available, then it is imperative that this is used as soon as possible. Naloxone reverses the life-threatening effects of an overdose, allowing the person to start breathing again.

During a fentanyl overdose, like any other opioid overdose, a person is likely to display the following signs and symptoms:

Why Is Fentanyl So Dangerous?

As a consequence, a minuscule dose of fentanyl poses the same risk of a deadly overdose as would a much larger dose of heroin. The extremely high potency of the drug is difficult to conceptualize, but in practice, it means that what appears to be deceptively small doses of fentanyl pose a lethal threat to the user.

Fentanyl usage is increasing for a variety of reasons. On the illegal drug market fentanyl is a comparatively cheap drug. As a consequence, users are turning to it as an alternative to other opioid drugs, while dealers turn to fentanyl as an inexpensive mixer that can increase the addictivity of their products.

This pattern has had devastating effects on US society and fuelled an opioid epidemic. In the last 3 years, drug deaths involving fentanyl skyrocketed – increasing by 540%. According to the Center for Disease Control and Protection, in the last year, it was responsible for 100,000 overdose deaths.

As has been shown, fentanyl overdoses can often occur without the user being aware of the fact they have taken fentanyl. Therefore users suffering from other manifestations of a substance use disorder, beyond fentanyl addiction specifically, are also placed under the threat of fentanyl.

The potency of fentanyl is not only leading to more instances of overdose but is also contributing to a medical crisis with regards to the administration of the anti-overdose drug naloxone. The chemical compounds in fentanyl bind so tightly with the brain’s opioid receptors that standard doses of naloxone found in overdose kits or as are typically administered in hospitals have often been found to be insufficient in reversing the effects of an overdose, therefore allowing the failure of the respiratory system to continue.

Repeated use of fentanyl can lead to a physiological and psychological addiction to the drug. It can change the chemical properties of the brain which can leave the user unable to feel pleasure without it.

As a consequence of the extreme physiological effects that withdrawal can have, many fentanyl users continue to use fentanyl in order to avoid feelings of sickness.

Fentanyl is so dangerous as a consequence of its high potency and its concurrent lethality. However, it is important to remember that life beyond substance misuse is available to you and to your loved ones.

At Alina Lodge, we can offer a fully supported, compassionate, and dignified path to recovery. We recognize that a therapeutic approach to substance misuse must work alongside the individual needs of the person seeking health. Our therapeutic methods are focused on seeking a connection between the root causes of substance misuse and advanced medical technologies, offering a holistic program that includes:

We recognize the dangers of fentanyl, and hope to promote positive interventions that allow individuals to reclaim control over their health and well-being. If you are seeking this support for yourself or a loved one, then don’t hesitate to call us on 908 663 0033.